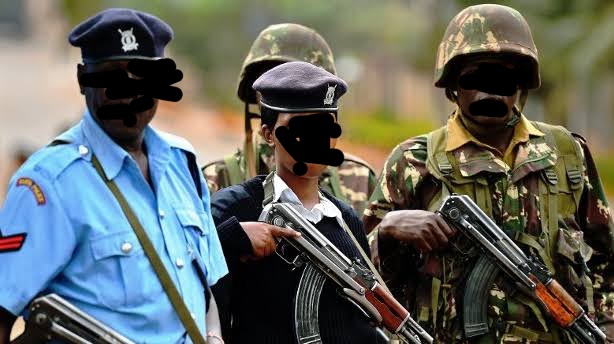 Police in Kasarani have launched a manhunt for one of their own following the death of a woman believed to be his girlfriend who died under mysterious circumstances.

The woman according to preliminary reports fell from her fourth floor apartment balcony Friday evening.

An assessment of the scene further revealed that an altercation might have ensued between the officer and the deceased, with police recovering broken pieces of glass all over the house, indicating a struggle between the two.

What is yet to be established however is whether the deceased tripped and fell off the balcony or she was pushed by her alleged boyfriend.

She is said to have landed on a Nissan Tiida vehicle, crashing through the rear window.

“when she landed, she was not dead, she shouted out for help and then when we tried to rescue her, her boyfriend came running and started waving his gun, thats when residents fled for safety. The boyfriend also ran,”

The house is said to belong to the alleged boyfriend.

Kasarani sub county police commander Peter Mwanzo told a local news site that, “the deceased door was open, when detectives arrived at the scene,” he further said that “she was quickly rushed to Kenyatta National Hospital (KNH) but she succumbed to her injuries” he said.

Police however remained guarded on the identity of the officer only saying that, “a manhunt has been launched to establish what really happened.”

The body of the deceased is being preserved awaiting a postmortem examination.