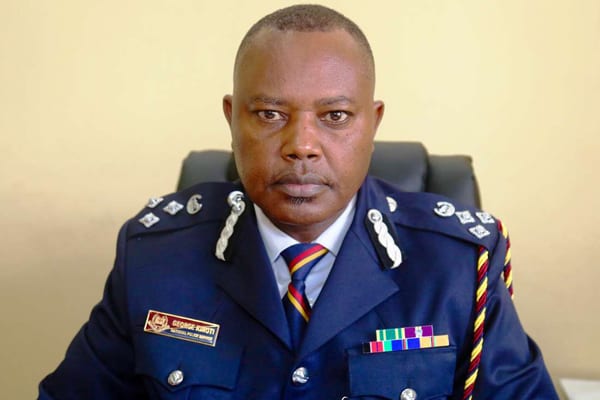 Director of criminal investigation Geroge Kinoti has once again affirmed his position on the war against corruption in the country,saying that his committed to ensure as a government they achieve it.

Speaking on Friday 2nd July at Presbyterian University of East Africa main Campus as the chief guest during its 11th graduation ceremony ,the country’s top detective said that more arrest will be witnessed very soon once he completes the investigations of the pending cases,adding that he will not relent in the fight against corruption untill kenyans get justice.

“I want to assure kenyans that no stone will be left unturned,expect more arrest to those involved in corruption crimes,justice must be served to all,”Kinoti said.

Kinoti further warned those with high appetite of looting public funds that their days are over,and they will have to pay for it before a court of law.

“Money is stolen in billions by these cartels ,and this war is tough but kindly pray for us and very soon kenyans will smile because of the job we are doing as dci,”Kinoti added.

Kinoti also noted that he will not bow down to pressure from political class ,critisizng his way of work but rather he will persue any criminal or corruption related case till the end.

“Corruption has become a disease in our country,some people steal with impunity and we are coming for them and those politicizing the war on corruption are the ones looting our taxes ,this must end soon,”Kinoti added.

Kinoti also said that, the Judiciary and other agencies involved in the war on graft need to get fully on board for the country to win it,adding that those questioning the DCI’s work over cases that have just started should wait for the cases to end to pass judgement.

Kinoti took the occasion to encourage the graduates not to fall in the activities of corruptions once they get outside ,rather they should say no to corruption so that the country can achieve its goal in the fight against the graft.