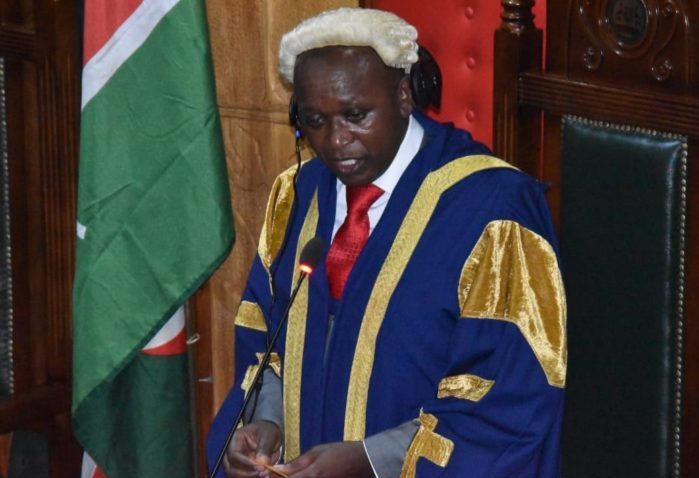 Nairobi City County Assembly Speaker Benson Mutura and the entire assembly service board members have been summoned by EACC over irregular attempt to recruit and promote 28 staffs at the assembly without following the law.

In a letter by the commission Mutura is expected at Integrity Center on Friday at exactly 9.00 am in the morning.

Today the commission will grill Mr. Willis Okello and Dr. Fatuma Affey.
Nominated MCA Cathrine Okoth will appear before EACC tomorrow at 9.00 together with board vice chairman Charles Thuo.

“The Commission has reason to believe that County Assembly Service Board Members are in possession of information that can assist in investigations and we would like to interview and record their statements as scheduled at the commission Headquarters at Integrity Centre.Kindly notify other Board Members to avail themselves for the interview and statement recording …” The letter reads.

Last week EACC summoned former head of Nairobi County Assembly Service Board who is the current CAS for Public Service And Gender Beatrice Elachi over unsanctioned hiring and placements during her term.

In letter dated September 22 that was seen by Taarifa News and which was directed to the clerk of the assembly, EACC is requesting for several documents to probe the alleged irregular promotion of staff that has been ongoing since 2017.