Two Dead in Kilimani after Shoot-out With Police 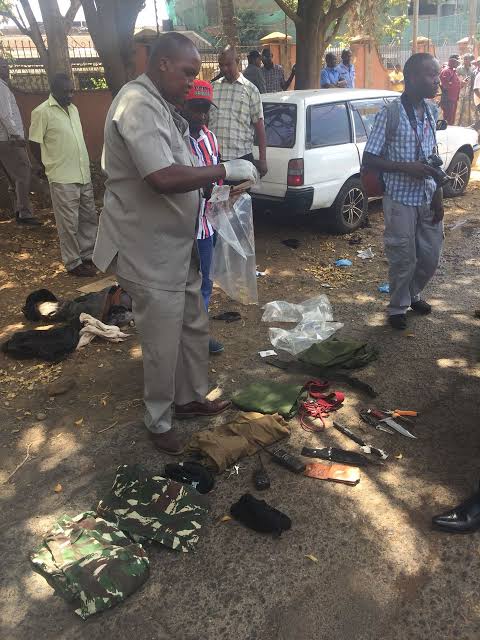 A car-jacking attempt by two armed men at Nairobi’s Kilimani area turned fatal, after police responding to the victims’ distress call trounced the two in a shootout.

Armed with a Russian-made pistol and two other handguns, the gangsters subdued a taxi driver and his client at Kilimani’s Chania Avenue, before robbing them of their mobile phones and taking over their Toyota Vitz.

As the suspects were bolting out after what they believed was a successful mission, police officers blocked their way ordering them to surrender.

But with three guns in hand, the suspects defied the lawful order and opened fire frenziedly as they took to their heels.

Four mobile phones including the two stolen from the victims were recovered alongside the three guns hosting six unspent rounds.

After the 10pm incident, the victims were escorted to safety as the bodies of the gangsters were taken to a city morgue pending identification.