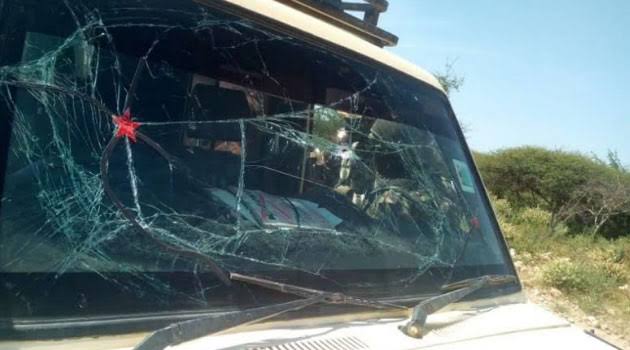 Three people were killed and one injured after an Al-Shabab attack in Fino’s border town of Mandera.

Confirming the incidents to Taarifa News Northeastern Regional Police commander Rono Bunei said an elderly woman was killed when suspected al-Shabab militants opened fire on a private vehicle that was heading to Mandera town from Fino.

The police boss said the incident happened at Kamor Bahawa between Arabia and Fino around 3pm in the evening.

“They sprayed the vehicle with bullets, they did not stop but the woman later succumbed to gunshot wounds at Mandera referral hospital,” Mr Bunei told us on phone yesterday.

The deceased, Rukia Roble was being taken for a check-up by her son who was with her during the attack.

He sustained gunshot wounds according to the police. Barely three hours later, another attack on a private vehicle killed two men, the driver Mowlid Billow Salat and Ahmed Sheikd Abdi also known as ‘Bata’ at the same spot.

They were on their way to deliver spares to a vehicle that had earlier developed mechanical problems along the same road.

“We have deployed more special forces to comb the area, they have been there from yesterday and up to now hunting down those assailants, we will not relent in this fight,” Northeastern Regional commander said.