Man Killed in Burial Ceremony after Squabble Over Protocol 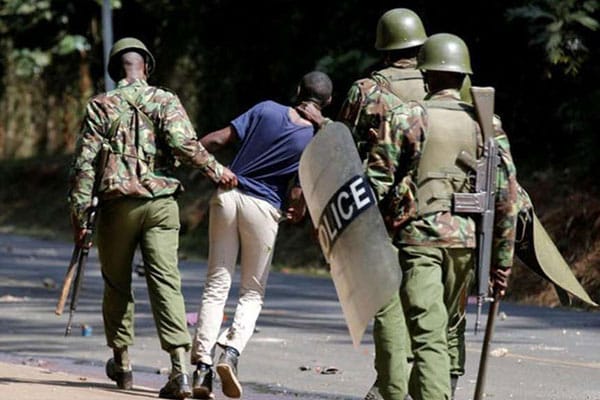 A man was on yesterday afternoon stabbed to death after chaos erupted over protocol at the burial ceremony of a senior Kisumu County assembly staff in Miwani, Muhoroni sub county.

Trouble started when leaders differed over who to speak first then who in which order.

Elisha Oraro,Kisumu County Assembly speaker who was the then master of ceremony instisted that he was to speak last given that the deceased was an assembly staff.

However, that didn’t go down well with area Mp Onyango Koyoo who walked away after saying in the podium that he was the host and it was appropriate if he ran the program especially for political leaders.

The burial turned ugly when youths who were irked with the speaking arrangement surged towards the podium leading to the stabbing incident.

The unidentified man bled profusely as people jostled to take him to hospital. However, he passed on the way and the body is lying at the Ahero sub county hospital mortuary.

Mourners who had come for the burial had to ran for their safety making the ceremony end in disarray. The body of Lazarus Obera who was a senior human resource manager at the assembly was later laid to rest quietly by the church and his family members.

Kisumu Senator Fred Outa, Ex Governor Jack Ranguma and a host of MCAs were among leaders who attended the burial.

The body of the deceased has been moved to the Ahero sub county hospital mortuary.

His assailant who tried to ran away carrying the murder weapon was also shot by police on the legs, disarmed and arrested.