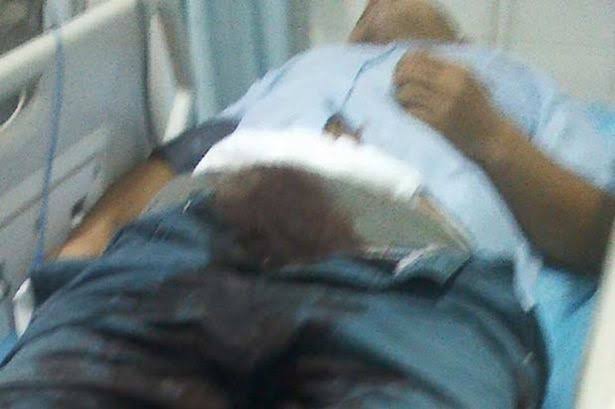 Police are investigating an incidence in Isiolo after a man on Wednesday lost his manhood after a grenade was hurled at him.

Taarifa News has established that the man who was in a local pub enjoying a drink was hit by a grenade by unknown people.

“Police are investigating an incident where one man was injured in the genitals after a grenade was hurled at him,” said the officers.

According to the police the grenade was aimed at a lady who was seated next to the victim inside a bar.

According to Anthony Kimani an Ben Owino who were at the pub during the incident, they were shocked because the man had been there for close to four hours enjoying himself.

“Its absurd that Someone does this to his fellow human,” said Kimani.

“I suspect that the grenade was being thrown towards the woman and it hit the man by mistake,” added Ben
The two said that they were immediately asked to leave and the Pub closed.

It’s suspected that the police were involved in the act and they could have been in search of the woman who was sitted next to the man.

The man was rushed to Isiolo Teaching and Referal Hospital where he is receiving treatment.