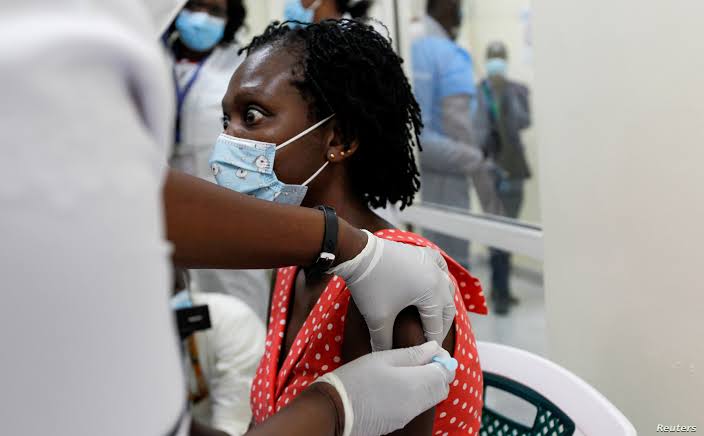 The residents in Gikambura Village of Kikuyu area of Kiambu County are dealing with the harsh reality of COVID-19 deaths. This is due to the spike in the number of fatalities attributed to the deadly corona virus.

According to reports by the ministry of health, there have been at least 12 deaths in the span of a month.

The death includes three members of one family who all succumbed in less than 10 days.

A report conducted by Taarifa news after the death of Charles Muthiora who was the head of his family we recorded that:

Gikambura village of Kikuyu area in Kiambu County… the silence witnessed here paints a picture of the unease that has this village in its grip especially in the last month In the homestead of the late Charles Muthiora’s family, the loss of three family members is painful for those left behind.

“I do not have word to explain the feelings I have with my family …we are going through a lot with losing loved ones consecutively.” Anthony Gichuru, a son to the deceased said.

All was well in this homestead at the beginning of the cold month of July but the events in the weeks that followed were unbearable.

It all began when Susan Muthiora fell sick around the 15th of July…she was rushed to Tigoni Level 4 hospital after developing symptoms associated with Covid19.

The 43 year-old succumbed to the disease a week later.

“My dad and mum got sick of Covid-19 almost a month ago….mum died and shortly later my dad got sick again with the same complications and he died too,” Muthiora added.

“After mum getting sick my sister in law died the same day for the burial of mum…she was taken to hospital a bit late,” Muthiora said.

In this village burials have become a frequent occurrence, perhaps too many and they have caused fear among residents who earlier appeared to be skeptical about the existence of the deadly disease

”we have had a problem with this virus,…the government should intervene by vaccinating people in our area,” said Joseph Kagoho, a resident of Gikambura village.