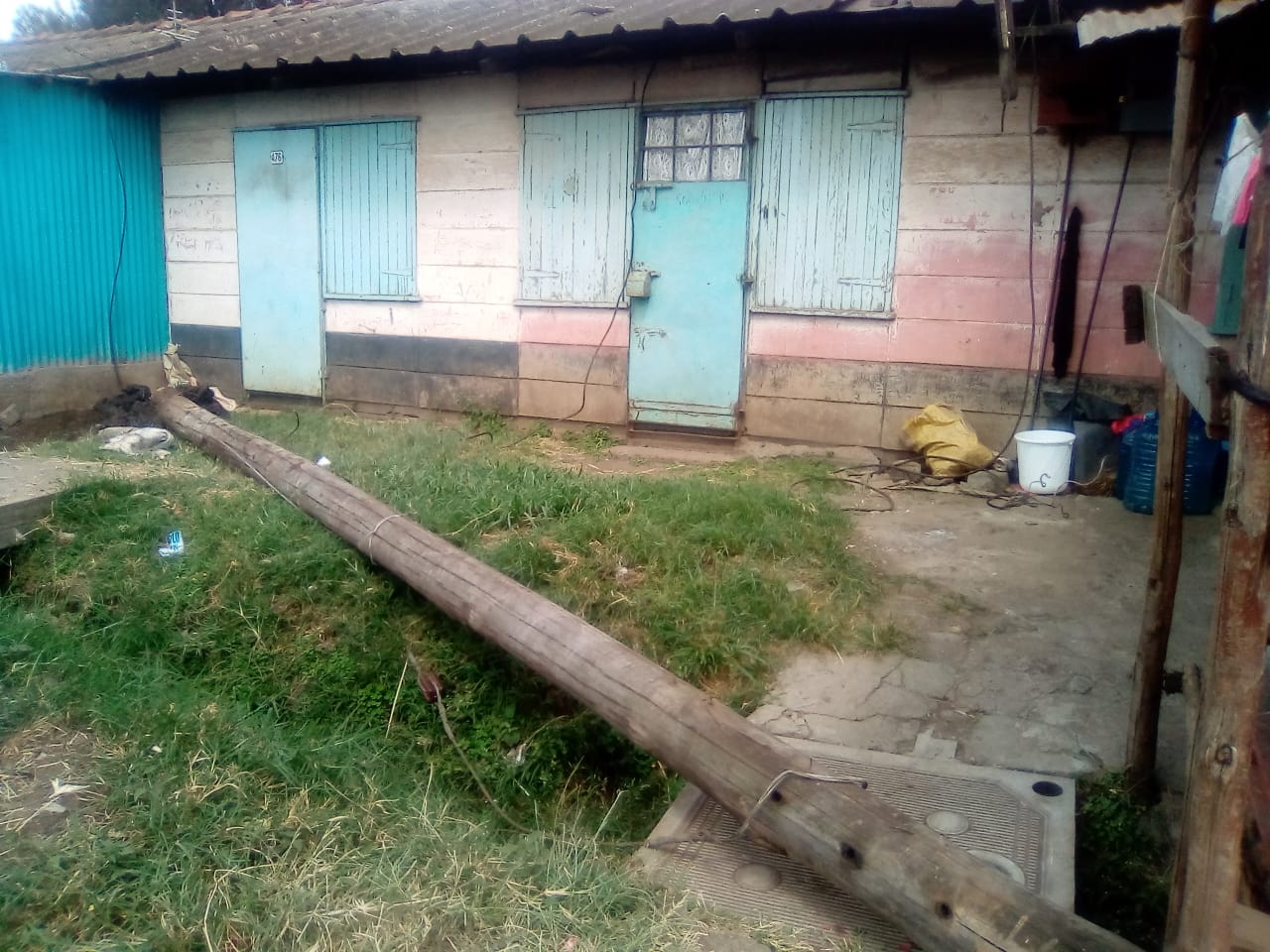 A family in Bahati Estate Makadara Nairobi is now in agony after electrical pole collapsed killing their 8 year old daughter.

According to Daniel Mbaka her daughter Miriam Mbaka was playing outside with other children before the pole which was hunging loosely next to their house hit her.

“We heard her screeming outside we rushed immediately to see what was happening to our surprise the child was lying down with the electric pole on her.” He narrated.

It is at this point that they rushed her to Mama Lucy Hospital.

“She underwent x-ray and the results showed that her leg and spinal was broken..she passed away before she could be referred to Kenyatta National Hospital.” She added.