Man Caught Sucking Blood from a dead body in Mortuary 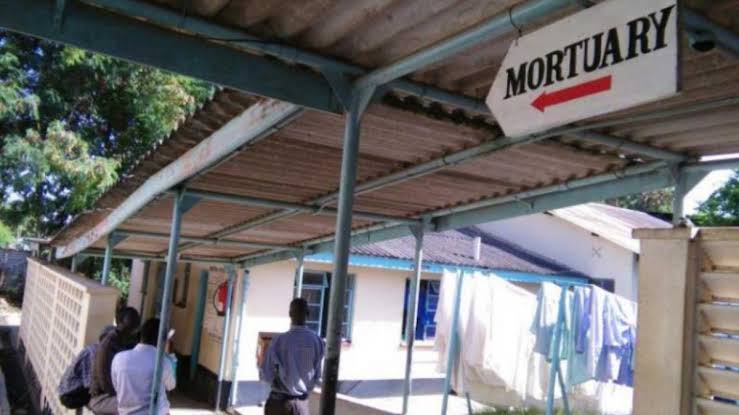 Police in Homa Bay have detained a 22-year-old man after he was found licking blood off a corpse that had preserved at a mortuary within the county.

The suspect is said have licked the blood from the body of Clinis Atieno Ojenge 40, an Early Childhood Development Education (ECDE) teacher at Gul Kagembe primary school in Rangwe Sub County who was shot dead by unknown assailants on Tuesday night.

The suspect who hails from Ndhiwa Sub County visited the mortuary and went to the mortuary attendants and followed the right procedure which required someone to view a body after he mentioned the name of a man whose body was in the mortuary he wanted to view.

According to one of the mortuary attendants, they allowed him to enter the morgue alongside the bodaboda rider who ferried him to the mortuary and went straight to view the body they mentioned.

However, when they were returning to the exit door, he spotted the teacher’s body and instead of moving out of the mortuary, he knelt beside the body and began licking blood which was oozing from the teacher’s nose.

The suspect’s action attracted attention of the mortuary attendants who raised alarm to the security officer based at the county Referral Hospital who arrested him and handed him to the police.

Confirming the incident, Homa Bay Sub-County Directorate of Criminal Investigations Officer (DCIO) Mrs. Monica Berege says they are holding him at Homa Bay Police station for interrogations to establish why he went to lick the teacher’s blood.