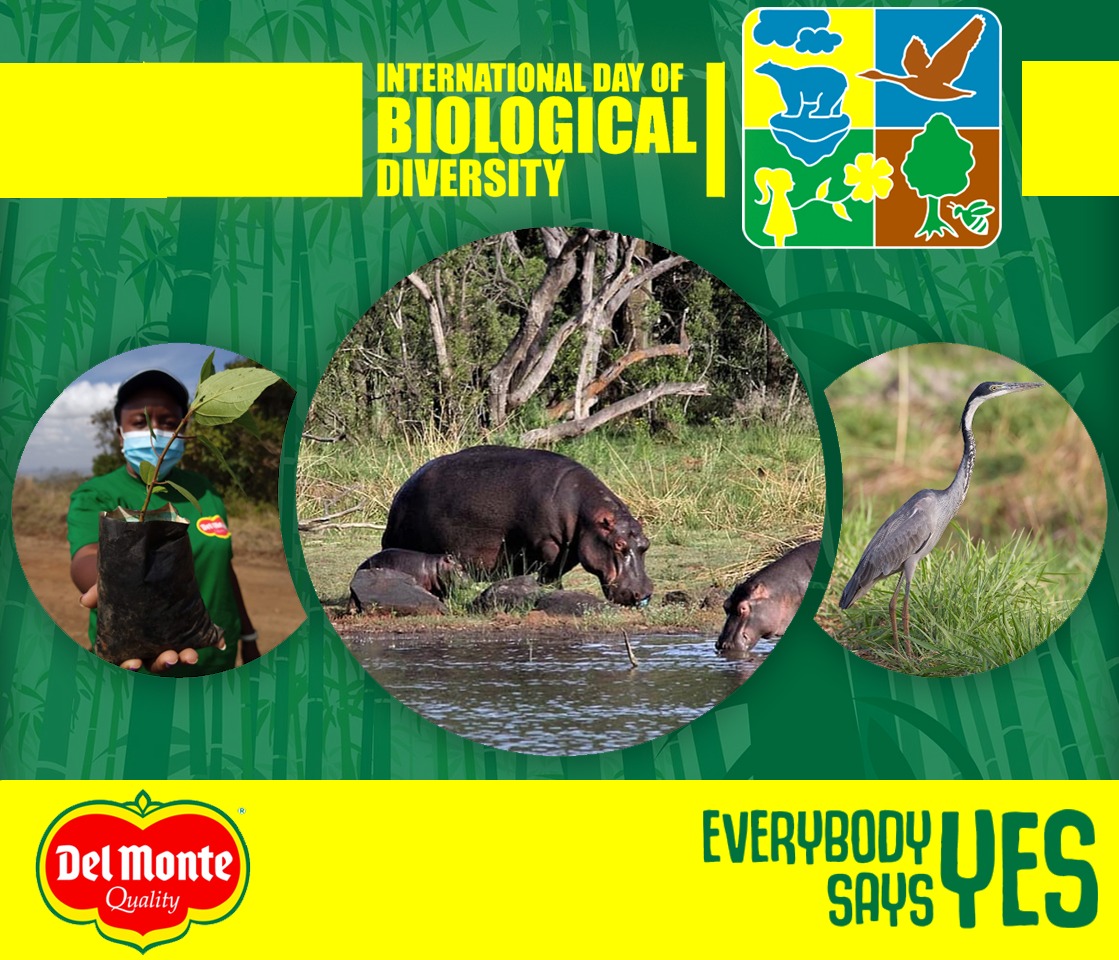 These measures were informed by findings from a study commissioned by Del Monte Kenya and conducted in 2018 by researchers from the University of Nairobi, School of Biological Sciences. The survey assessed the benefits of vegetation species (flora), birds, arboreal and terrestrial animals, reptiles, amphibians, and insects (fauna) across seven blocks of Del Monte fields covering up to a total of 5,938 hectares including Anglo-french, Chui, Ndula, Gatua Nyaga, Muka Mukuu, Kasioni and Kayatta.

The study was conducted within the uncultivated zones including the water points adjacent to the pineapples and mango farms. As a result, the company has set aside approximately 275 hectares of protected wetlands in its farm – areas that are home to a rich and diverse set of plants and animals, including vulnerable and endangered species.

The protected areas host more than 54 species of birds, various mammal species including vulnerable ones such as monkeys, wild cats, hippos, and tapirs as well as others like baboons, bats, and squirrels.

“At Del Monte, we identified conservation of biological diversity in our farm as a big contributor towards a long-term goal of protection, conservation, improvement, and sustainable utilisation of ecosystems in the counties of Kiambu, Murang’a and Machakos where our land sits,” said Stergios Gkaliamoutsas, DMKL Managing Director.

Adding, “Del Monte Kenya’s holistic and location-based conservation approach is designed to mitigate and
reverse biodiversity loss that contributes to the change we want. This aligns with this year’s International Day for Biological Diversity theme “We’re part of the solution.”

According to a report published by the World Economic Forum (WEF), more than 50 per cent of the world’s Gross Domestic Product (GDP) is moderately or highly dependent on nature and its services and, as a result, exposed to risks from nature loss.

“We are keen to continue conserving the biodiversity on the farm such as protecting indigenous tree species with medicinal value including Ekebergia capensis (anti-malarial), Pittosporum viridiflorum (anti-inflammatory), Fagaropsis hildebrandtii (anti-cancer) among others. With the conservation of the vegetation, the animals find a safe space to survive too”, said Gkaliamoutsas.

In addition to biodiversity protection within the protected areas, the company has planted over 45,000 indigenous trees in the last three years. These trees act as buffers between the bodies of water and crops and help create important water catchment areas.

As a result of its biodiversity conservation initiatives and good agricultural practices, Del Monte Kenya is the only company in Kenya, to be audited and certified to be compliant with the internationally acclaimed Sustainably Grown Certificate.