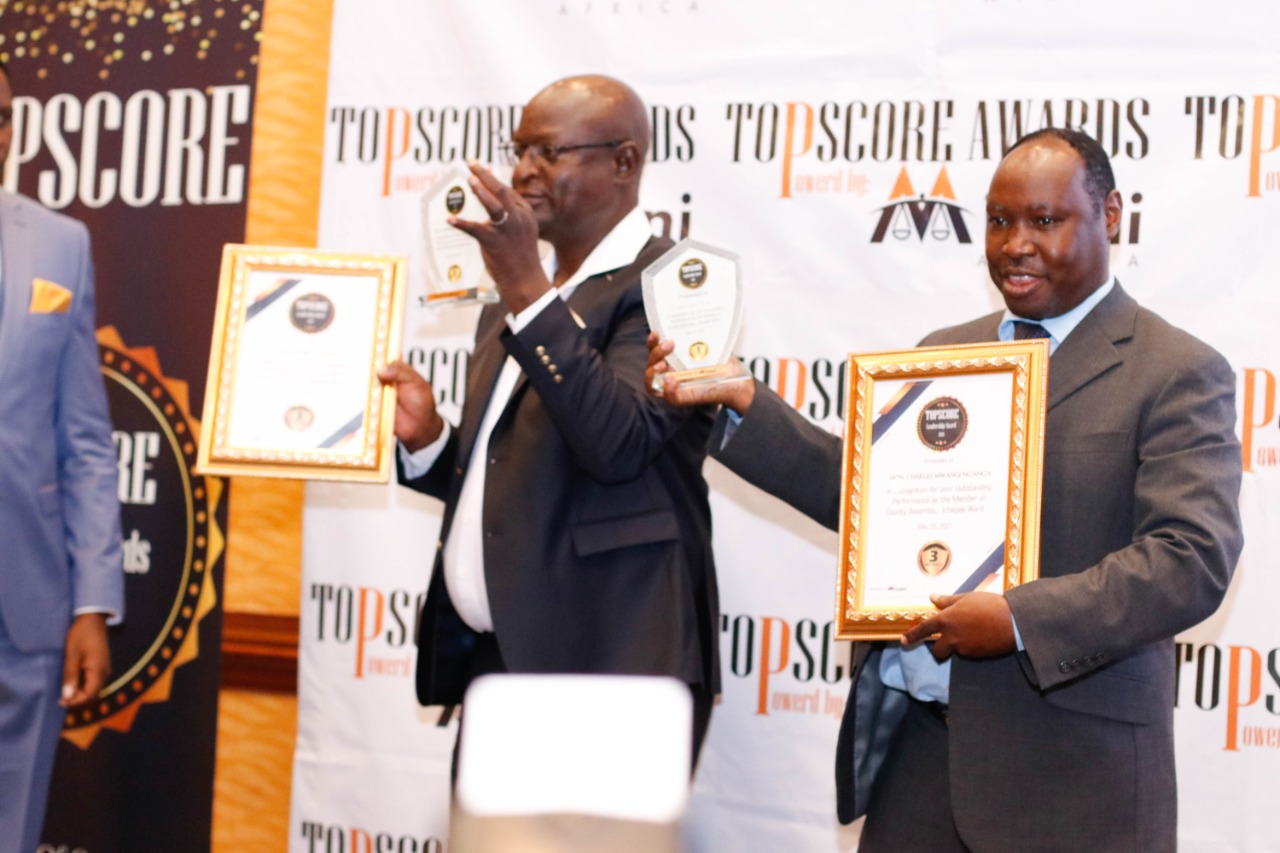 Ichagaki Member of County assembly Charles Mwangi Ng’ang’a was ranked by Mizani Africa as number three Countrywide and number one in Murang’a County.

This is the first time in the history of Kenya that Murang’a MCA has made it to the opinion polls by Mizani Africa.

Ichagaki one as popularly known was ranked in the same level with three Nairobi MCAs, among them includes Roysambu MCA Peter Warutere and Anita Thumbi who were ranked top 20 among performing county legislators.

According to the new opinion poll, Charles Mwangi Ng’ang’a who is said to be eyeing Murang’a senatorial seat in 2022 scored 89.6 per cent.

Kiharu MP Ndindi Nyoro was also ranked number four with 65.1 per cent across the Country.

Ichagaki and Ndindi are the only leaders from Murang’a County who emerged victorious in an event that was attended by a host of high profile leaders among them being governors and key government officials.

While addressing the Media, Ichagaki one said that he was honoured due to the exemplary work he is doing in representing his people at the assembly.

“This award that I have received today belong to the people of Ichagaki, am honoured to have represented them at the assembly, I will continue serving them as service to the people is service to God, “he said.

READ ALSO:MCA embroiled in a battle with MP over road projects

Last year when the Covid-19 pandemic hit Kenya, MCA Charles Mwangi wrote to the county clerk directing him to divert his April pay to the National Emergency Response Committee on COVID-19.

The ward rep said his donation was also meant to inspire other MCAs across the country to make contributions towards fighting the virus.

He has also been actively visiting, and donating fruit to inpatient in various hospital. He’s credited by his unequivocal call to ending drugs and chang’aa in Maragua transformation to an Educational hub.

Mizani Africa Operations Manager John Benson pointed out that the opinion poll was based purely on the opinions of Kenyans basing their yardstick on the efforts demonstrated by the leaders apart from the duties they have within their normal jurisdiction.