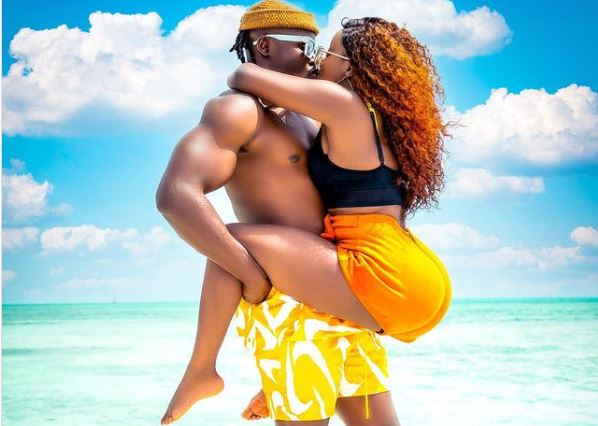 Artists Nadia Mukami and Arrow Bwoy have finally confessed to be dating.

According to the couple, they are tired of pretending not to be an item, hence the decision to go public.

In a live video on Nadia’s Instagram page, the couple clarified that their latest Public Display of Affection is not meant to chase clout.

Nadia, also revealed that she is getting old, and it was good to have a partner.

“I think people just don’t believe because for the longest time. I have started getting old, am 25 this year, and it reaches a certain age you want to be proud of someone and build a future,” she said.

“It was weird, we would go to meetings and act as if we don’t know each other yet we slept in the same house,”they Said.

According to the couple, the talking stage of their relationship began while working on their hit song, Radio Love.

“I did not like that song because there are times we would go to perform while on bad terms. When you sing with your lover, if you are not on good terms there are hard feelings,” Nadia shared.

Arrow Bwoy on the other hand disclosed that he had always admired Nadia way before they did the Radio Love collabo.

“I had seen you as a good artiste who is outgoing, then we talked on a collabo. When recording that song, I was sick. But I had to do it for this hard-working female artiste,” said Arrow Bwoy.