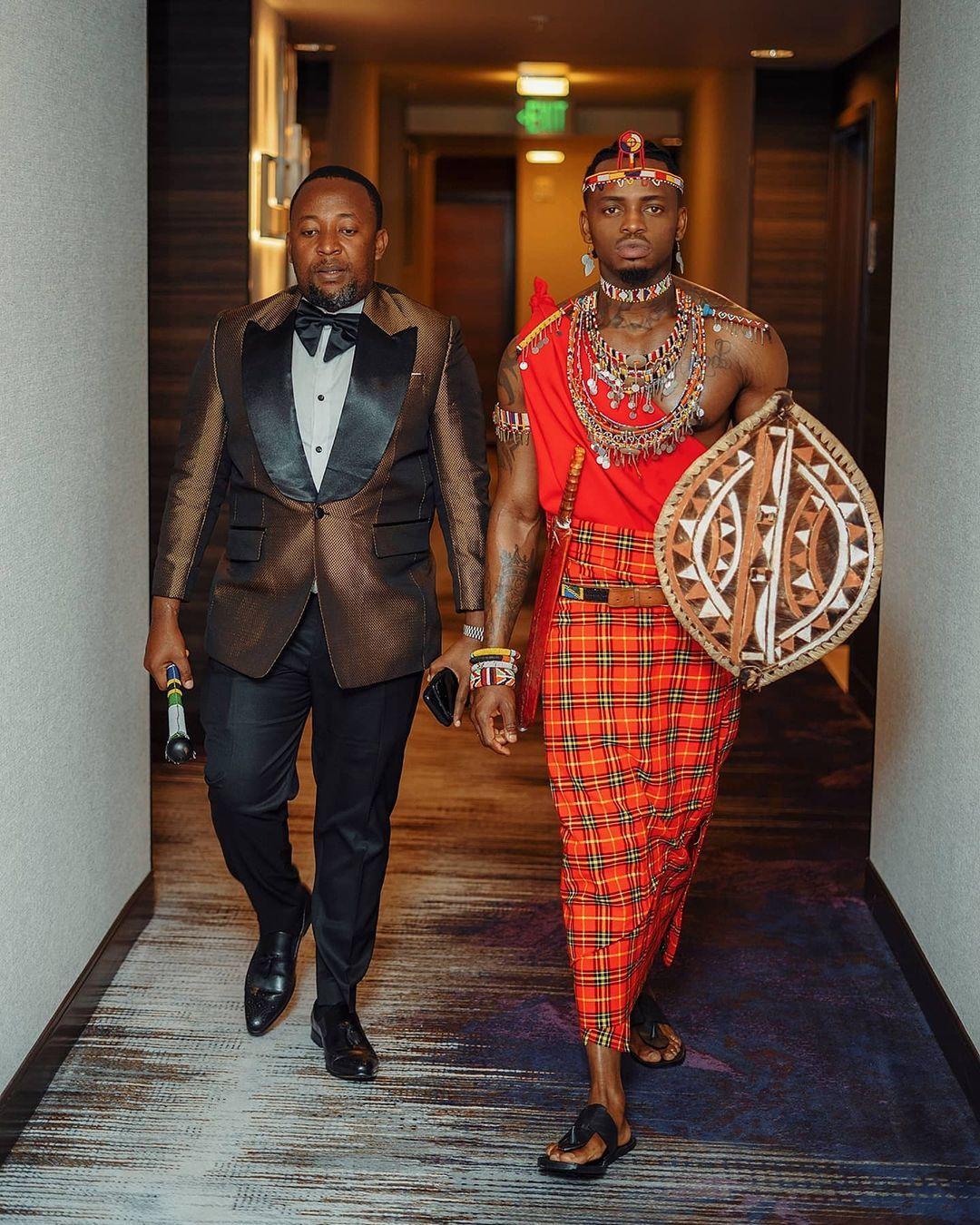 The WCB President penned down a message of appreciation to his fans and Tanzanians at large for the overwhelming love and support they accorded him upon being nominated for the 2021 BET Awards.

The BET Awards are held up to honour Black excellence across music, television, film and sports! Some of the biggest celebs turned out to celebrate the big occasion.

This year’s awards show were held in person once again after having to hold a virtual ceremony last year in light of the COVID-19 pandemic — and featured a live audience inside the Microsoft Theater in Los Angeles, bringing a fun, electric energy to the festivities.

Tanzanian Singer, Diamond Platinumz was among the Artists who were nominated for the Best international Act Category and had been campaigning to win though he lost to Burna Boy of Nigeria.

Rayvanny was the first in 2017 after he was crowned as “THE BET Viewer Choice Best New International Act.” He became the second to receive the award after Eddy Kenzo of Uganda received the award under the same category in 2015.