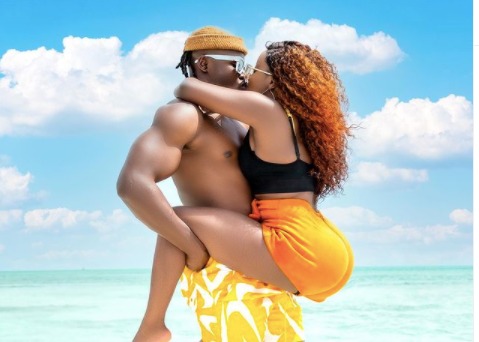 African Popstar Nadia Mukami has left netizen’s tongues wagging after she hinted that she wants babies with Arrow Bwoy.

“The main value our Kids are gonna borrow from us is the Spirit of Hard Work! I always say it’s not about being the best it’s about wanting it the most!

There are times we don’t even see each other for long & we are in this same Nairobi Bana, unachelewesha watoto kuanza Shule. Nakupenda sana Arrow Bwoy,” Nadia Mukami wrote on her social media.

During their dating confirmation video, they said:
“Are we dating? Yes. I have been Arrow’s/Ali’s girlfriend for some time now. I have been dating. We have been together for a longer time than people can actually guess.