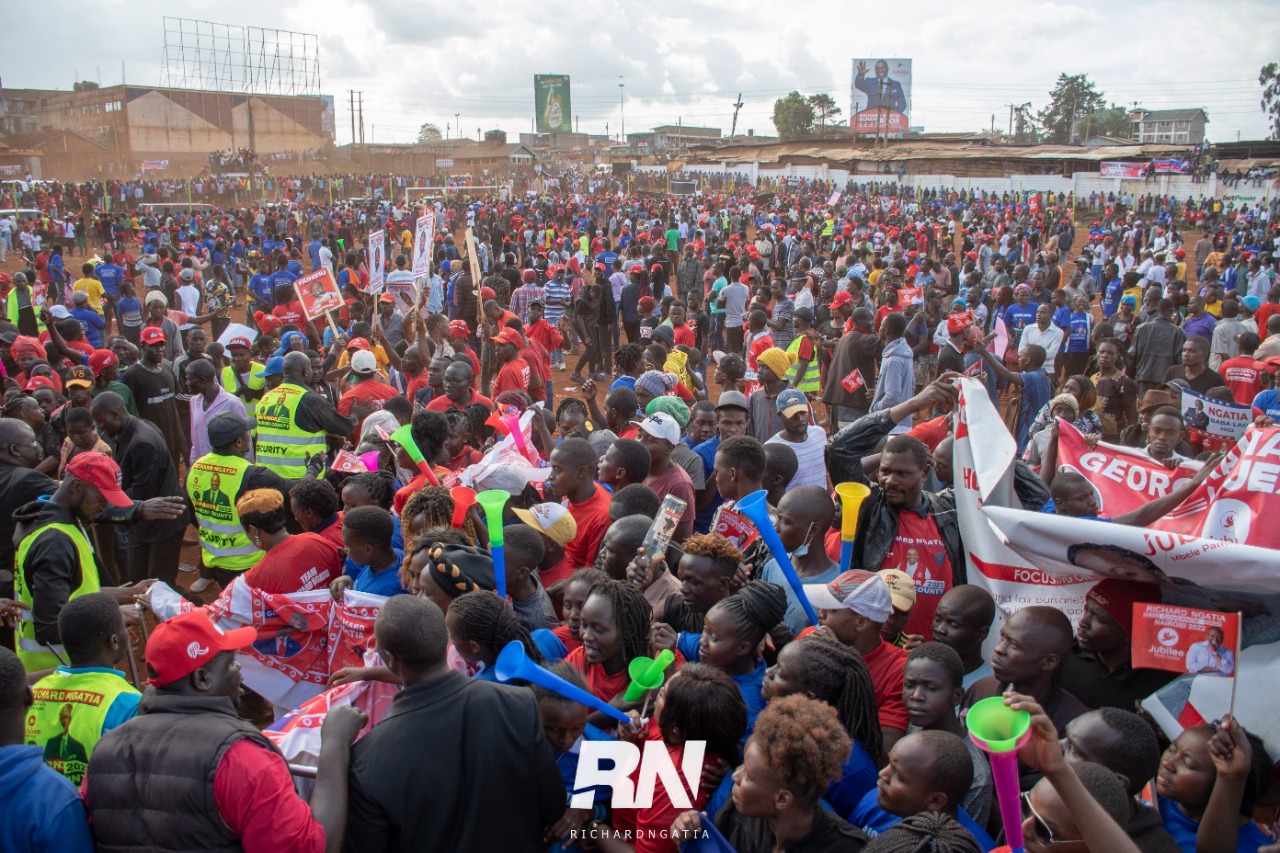 Operations were today paralysed at Kagemi after hundreds of Supporters and politicians swarmed to show support for Richard Ngatia who is gunning to be the 4th Governor of Nairobi on a Jubilee ticket.

In his pledge to Nairobians after an endorsement from Agikuyu elders Ngatia promised to bring in policies that will see the current markets improved and put into a quality state.

“My dream is to make Nairobi a place where everyone can do business effectively. This city controls 60 per cent of our GDP,” Ngatia said.

The KNCCI president also promised to find a solution to the stalemate over the removal of PSVs from Central Business District calling for proper consultations before the directive is implemented.

“No matatus will be kicked out of CBD but in my administration we shall sit and find a solution to end the traffic menace,” Ngatia added.