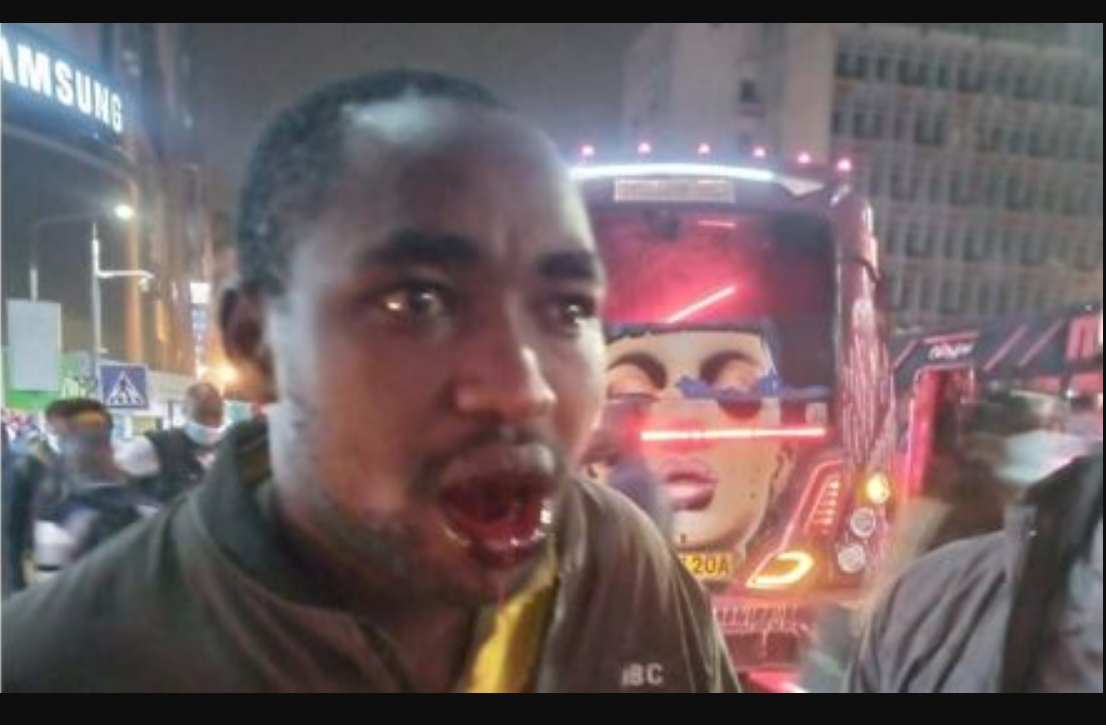 A 25-year-old man is fighting for his life after three Nairobi City County Askaris plucked out all his teeth after he failed to give them a ksh100 bribe.

Antoney Maina, a Socks hawker along Tom Nboya street was on July 2, 2021, on his normal duty when the three askaris bumped into him and allegedly demanded their normal ksh100 bribe but unfortunately, he only had ksh20 in his pocket which they reportedly declined saying it was too little.

“My brother is struggling to eat. He can’t chew anything. He can only take porridge and juice using a straw,” his brother Elias Mwangi said.

READ ALSO:‘Burry me in a Wedding Gown’: Inside Caroline Kangogo’s Suicide Note

Mwangi added that the three askaris handcuffed his brother and beat him mercilessly using a metal rode before fleeing in their county vehicle.

“We took Antoney to Mama Lucy hospital where he was admitted but the damage on his mouth is severe even after doctors stitched the badly damaged lower jaw, ” he said.

Antoney Maina’s family members say they reported the incident at Central Police Station but no action has been taken two weeks down the line.