‘Burry me in a Wedding Gown’: Inside Caroline Kangogo’s Suicide Note 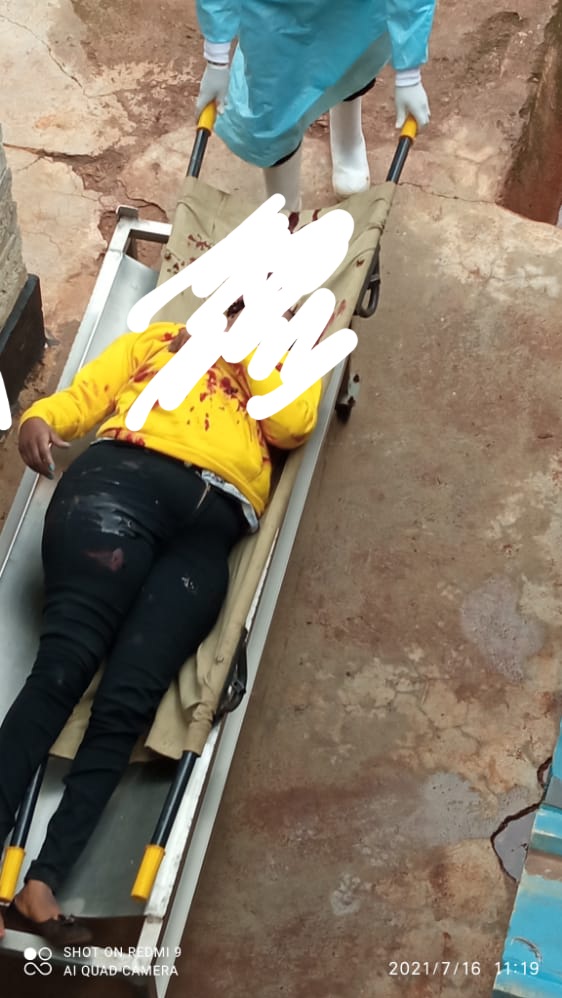 Caroline Kangogo reportedly wrote a detailed suicide note explaining why she allegedly killed a police officer and a security expert and also ended her own life.

Detectives at the scene of the crime found the message saved as a draft in her kabambe (mulika mwizi) phone she was using to avoid being tracked by the DCI Crime Research & Intelligence Bureau.

Sources privy to the developments at Kangogo’s parents’ home in Anin, Elgeyo Marakwet County alleged that the deceased wished to be buried in her wedding dress. Kangogo urged her parents to inter her at their home rather than at her husband’s home in Kericho as the two had differed on undisclosed matters.

“She knew that her end was near and wrote the message, narrating the intrigues into her case,” the insider, a close member of the family told a local news website Kenyans.co.ke

A police officer at the scene shared the contents of the suicide note under anonymity. Kangogo lamented that a senior police officer back in Nakuru allegedly sexually harassed her. She, however, did not explain whether she filed a complaint with the Internal Affairs Unit (IAU).

The deceased was also angered by one of her allies, Peter Ndigwa, reportedly swindling her Ksh2.7 million in a car deal that went sour. Kangogo was accused of killing the security expert in Juja, Kiambu County.

“We suspect that Kangogo may have demanded the money back but was ignored. It is a theory we are pursuing. We have factual leads,” a detective had disclosed on Thursday, July 9.

Details of why she murdered her colleague, John Ogweno, at Kasarani Police Station, Nakuru, however, remained scanty.

The deceased further reportedly reiterated that she wanted to murder his husband, a senior police officer attached to the Maritime Police Unit in Mombasa. The two sired two children, aged 8 and 11.

Reports indicated that Kangogo threatened her husband that he would suffer the same fate as her victims.

Detectives at the crime scene noted that Kangogo reportedly wrote that she would have assassinated the husband had he been in Nairobi. Travelling to Mombasa was hectic and needed more stealth and cover and the marine unit was also heavily guarded and entry would have proven tedious.

She also reportedly had a feud with her father, former police officer Barnaba Kibor. The origin of the wrangle was kept under wraps.

Kangogo’s father declined to comment on all the aforementioned issues when contacted.

“I have nothing to say at this moment,” Kibor stated and asked to be left to mourn his daughter in peace.

Kangogo’s body was taken to a morgue at Iten County Referral Hospital pending a post mortem. Detectives sealed off the murder scene and conducted forensic and ballistic investigations. Her firearm and mobile phone were recovered.

A police report filed at Tambach Police Station reiterated that Kangogo committed suicide. The location chief alerted the police who rushed to the crime scene. Leah Kangogo, the deceased’s mother, was reported to have found the body in the bathroom, lying in a pool of blood.

The bathroom is located 40 meters from the parent’s house.

“It was confirmed that the suspect was truly Caroline Kangogo. It is suspected that she might have shot herself below the chin using the firearm. The bullet exited on the head slightly above the left ear. At the scene was one Ceska pistol which was cocked and had a magazine loaded with 8 rounds of ammunition.

“One used cartridge and one bullet in the head were also recovered. The deceased was wearing black trousers, a yellow pullover and had covered her head with a black shawl. The scene was processed by crime scene personnel and the body was taken to Iten Referral mortuary pending an autopsy. Inquest opened to that effect,” an extract of the report read.