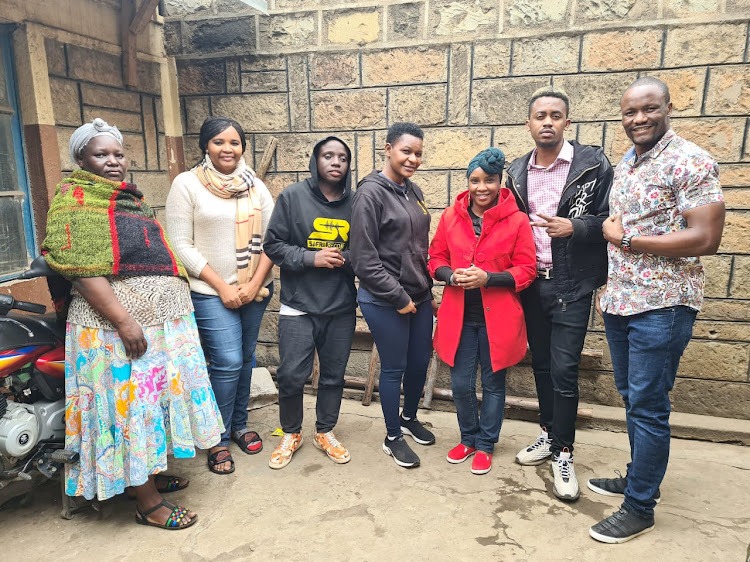 Mjomba has been in prison for the past three months over failure to pay a debt of Sh50, 000.

Through a Whatsapp group created by gospel singers, artistes contributed the money required for the release.

Alice Kamande shared an appreciation message to the artistes.

”God indeed is faithful . I have also never seen anything like this before, this was a special case but the love and compassion you have shown to Dar Mjomba is evidence that God is doing something great and new in our midst , may the Good Lord bless you for your giving , may he do you good and never turn his face away from you in your darkest hour . Dar Mjomba’s mum and family are so greatful beyond words they can now sleep peacefully their son is home because of your generous giving . Don’t forget to mention him in your prayers. Glory to God.”

However, some artistes complained that they were not reached out to for help.

Mjomba’s mum called out Willy Paul for not helping her son. Willy Paul then got to see the video the singer’s release, saying he would send Mjomba’s mum the 50k.

”No one reached out to me and if kuna mtu then sikuona call ama text. So now that I know naomba wakenya wakam through.. as for me I’m going to give my 50k to the mother now. Kindly tell her to reach out now. Thank you.”

Ringtone said he contributed 36k although his name was not included in the list.