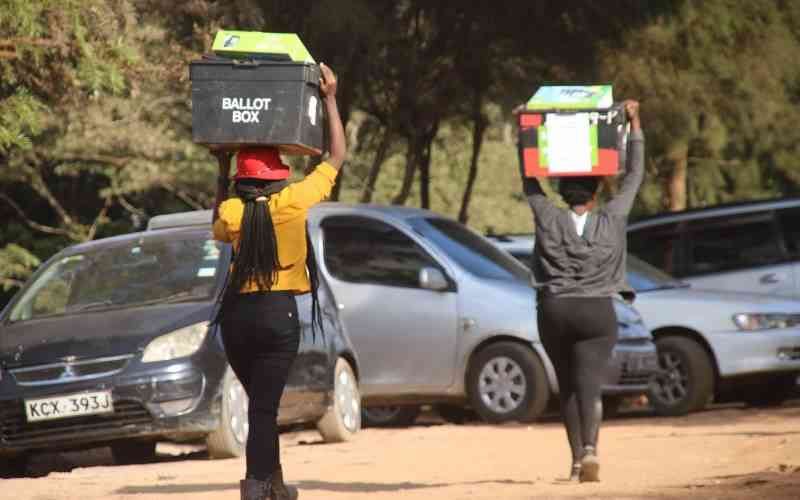 Detectives attached from IEBC headquarters in Nairobi are investigating broken ballot boxes in Webuye West that led to contested results.

The move comes at the backdrop of a disputed outcome that led to declaration of Dan Wanyama as a member of parliament .

The declaration of the results led into high tension and chaos at Chebosi tallying centre prompting police to calm irate public.

Unidentified number of ballot boxes were ferried to Webuye police station for identification and registration.

UDP candidate Kelly Walubengo has disputed the results terming the process as a sham , marred with electoral fraud.

He has vowed to take a legal action against returning officer Peris Saina for patronising a bungled process.

Walubengo , in a press statement yesterday said the parliamentary elections was marred with ballot staffing and electoral malpractices.

One DPO was arrested and recorded statement.

Electoral expert Barasa Nyukuri has questioned the llegality of the police raid to the IEBC warehouse that he says is a sacred and protected area.