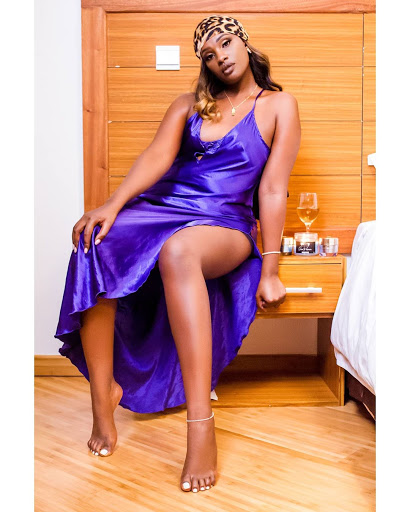 Vlogger Maureen Waititu says she is ready to love again.

“I pray for a God-fearing man”.

The mother of two, says she is done with her previous relationship and is ready to get into a new relationship. Maureen says the breakup with her ex, Frankie disturbed her emotionally but after a long soul search she is ready for love again.

“I still believe in Love, I have a lot to offer, my heart was broken but I am filled with love now. I would be interested in a man who has certain values that I am looking for. I pray to God to bring a man who is God-fearing, she said.

In an interview Maureen said celebrity marriages are affected like any other as they are all human with feelings. She said they undergo challenges but some hide from the public to avoid being ridiculed.

“I believe in marriage between two people who are determined to stay together. People laughed at me telling me to move on …” she said. “Currently am happy and my heart is settled”, she added.

Maureen and Frankie parted ways after Frankie got into a relationship with the socialite, Corazon Kwamboka, and he moved to live with her and now they have a one-month old baby.