5 Chiefs arrested for for demanding bribe from their boss 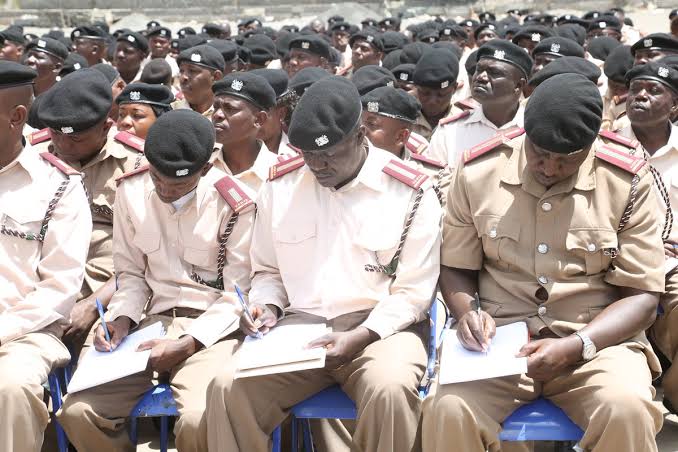 Five chiefs are facing the sack for allegedly erecting an illegal roadblock at Mamboleo area in Kisumu to enforce the 7pm to 4am curfew aimed at containing the spread of Covid-19.

The five, who include two chiefs and three assistant chiefs, are accused of harassment.

The local administrators who erected a roadblock, contrary to guidelines issued by the Inspector General of Police, were alleged of using vigilante groups during their unlawful mission.

Nyanza Regional Police Commander Karanja Muiruri laid a trap that led to the arrest of the suspects following complaints from motorists and boda boda operators.

Nyanza Region Commander confirmed that his office received reports that the local administrators were soliciting bribes from people during curfew hours.

Commander Muiruri said his personal car Unknown to them, the suspects flagged him down and demanded a bribe to secure his release.

While pretending to negotiate his freedom, he called police officers who arrested the five chiefs while their accomplices escaped. With the help of the local administrators, the regional police boss said they are still pursuing those who escaped.

The five, are expected to appear before Regional Commissioner Magu Mutindika and Kisumu County Commissioner Josephine Ouko for disciplinary action.

The move comes just a week after the Ministry of Health announced new restrictions in 13 Lake Region counties to contain the Covi-19 pandemic.