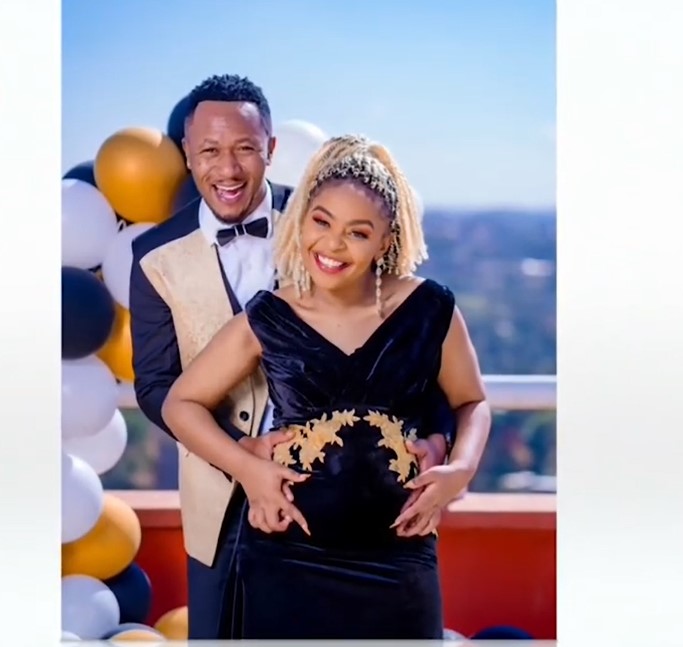 DJ MO and Size 8 are expecting a third born Child. This has been revealed on their YouTube channel after they made the big announcement of the rumours that has been going round. Size 8 revealed that the pregnancy was unplanned.

“One of my sisters is very prayerful. One day she had visited me and she heard the voice of God telling her to tell me to pray for another baby. I knew I was not ready after the struggles I went through with my first two kids,” size 8 narrated.

She continues to explain that she talked to a servant of God about the same and she was told the same.

” He said he had a vision of another baby in your sitting room. She told me to prepare for another baby. After a few days my brother-in-law came and said that next year there would be another baby here,” she added.

She then secretly did a pregnancy test.

” I learnt I was pregnant. I was in shock as it was a completely unplanned pregnancy,” she said.

Her worries were how Mo would take the news as they had agreed to have no more kids. To her surprise Mo sent back a congratulatory message with a heart emoji and smile.

“I didn’t know what that was, he sent my sisters to bring me flowers. In the evening he came and we discussed and he was happy,” she said.

The couple have two kids and back in 2019 they lost a baby through a miscarriage.