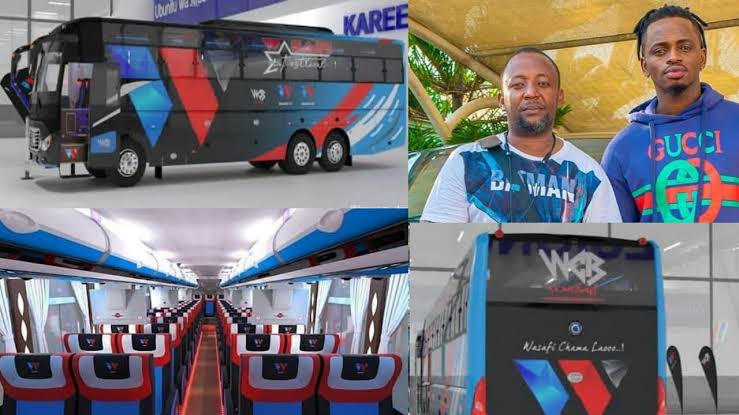 WCB President and musician Diamond Platinumz has again surprised Tanzanian by opening another business of his own.

This time the musician decided to enter into tger transport industry and bought buses that would be used for transportation.

Diamond’s mother, Mama Dangotr has confirmed that the buses will available and will soon be operational.She took to her instagram page and congratulated her son and informing her followers on the routes the bus will be taking.

Diamond has been investing in other businesses alongside his singing career for instance he is the owner and founder of the famius record label in Tanzania tge Wasafi Classic Baby.

However, the musician has not shared the news of his business or revealed the day that the business will be launched.

His fans took to her mother’s comment section and congratulated the Tanzanian musician on his new business.