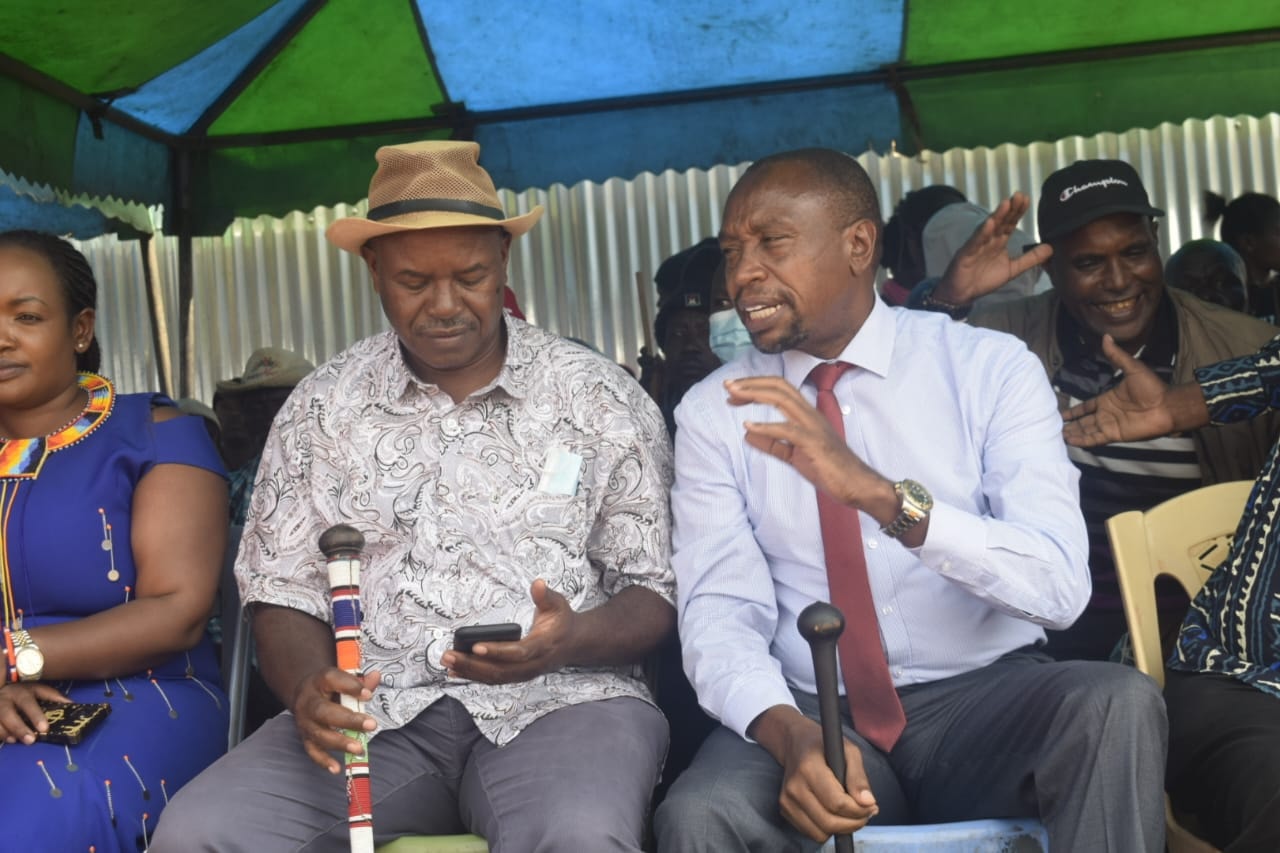 Former Kajiado governor David Nkedianye and his running mate Joseph Manje are now on the brink of being edged out come August 9th this is after Ngong’ residents accused him of shortchanging them in their own land and sold them later to the government.
According to Peter Kivoli they were forced by former governor Nkedianye with the help of Manje the Kajiado North MP to vacate their parcel of lands and the two later colluded with National Land Commission and got compensated during the construction Standard Guage Railway.
“The governor used his powers and even the police to evict us along from our land ….he claimed that those lands belongs to Kwavi living in Ngong’ but later they sold them to National Land Commission.Can we such kind of a person to leadership position ..hell no !”
“Manje was our MP and he did nothing instead he ganged up with Nkedianye and took our land from us. They must go home.” Another resident said.
They have vowed to teach the two fraudster a political lesson they shall never forget.