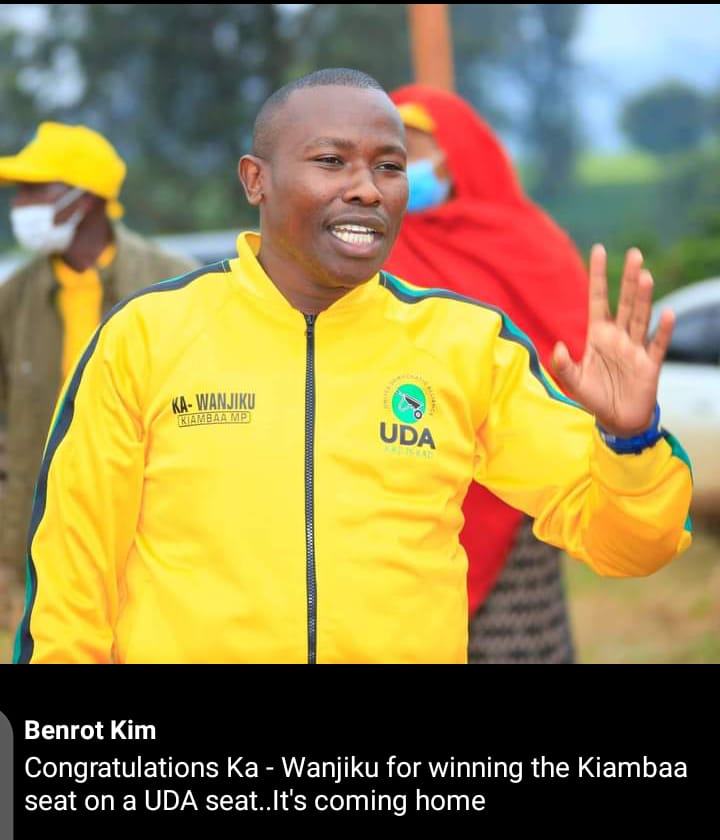 John Njuguna Wanjiku has been announced the Mp elect for Kiambaa after parliamentary by-election held to replace Paul Koinange who died in March.

Kariri garnered 21,263 votes in a contest that went down to the wire.

One hundred and fifty-four (154) polling stations streamed their results by Friday, July 16.

Njuguna took the lead from the start to the end, with Kariri narrowing the gap on several occasions. At one point during the tallying, the difference in the contestants’ votes was only 92.