Ruto Unhappy with her Daughters’ Husband 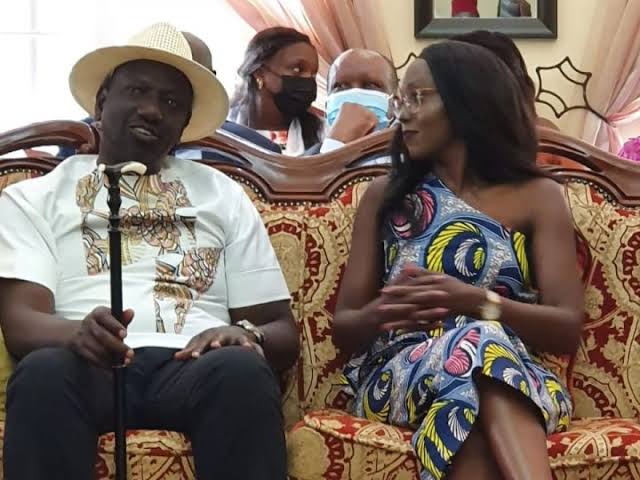 Deputy President William Samoei Ruto on Tuesday revealed that he was not happy that June his first born daughter was not married by a Kenyan man.

In an exclusively interview in a local Radio station early today, the deputy President said his daughter was previously dating a Kenyan but broke up.

”I had previously seen an Ochieng’ but I do not know what happened.”

He also said added that he still have more daughters and he hopes they’ll be married by Kenyan Men.

”I was kind of disappointed that after educating her, taking her to good schools in Kenya and Australia, she ended up getting married to a Nigerian Man.

To the Kenyan men, I still have girls and I am praying that ‘kina Irungu’ and other Kenyan men can get my other girls. So there is hope for them,”he said.