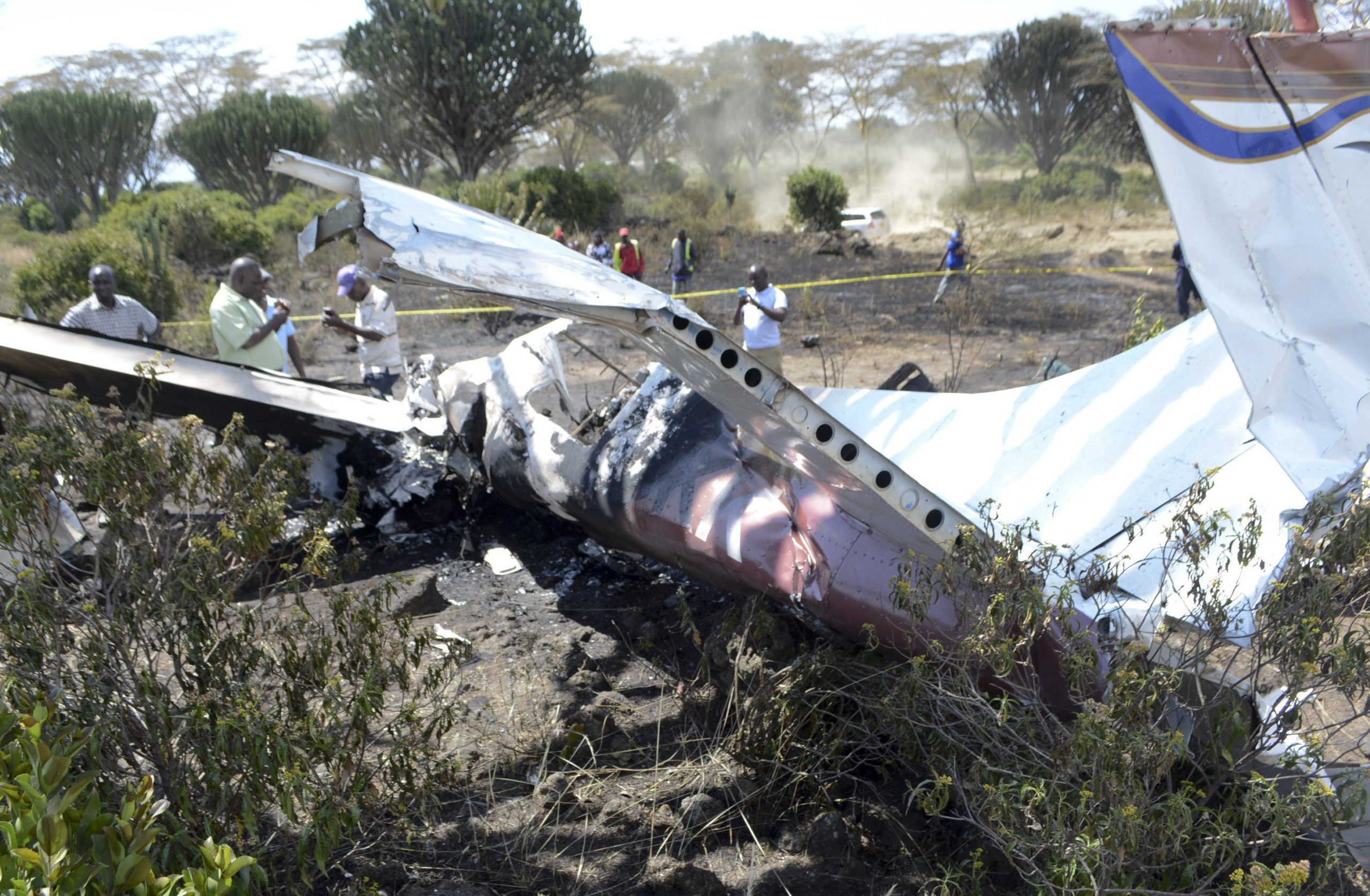 One person died as two were injured yesterday evening at Eburru forest near Ndabibi center in Naivasha, Nakuru County, after a light aircraft crushed.

The aircraft was being used to spray locusts ansmd it’s reported that it crashed following poor weather in the area, thereby affecting the pilot’s visibility.

The fixed wing plane was on its way to Lodwar from the Wilson Airport in Nairobi when it went down.

The plane is said to have burst into flames on impact, killing the co-pilot instantly while two other people on board were rescued having sustained serious injuries and were rushed to the Naivasha sub-county hospital.

Nakuru County Commander Beatrice Kiragu confirmed the incident adding that they are still seeking more information from those on the ground.