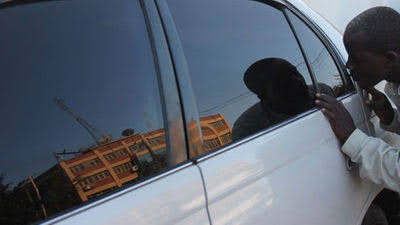 Members of the public have been cautioned of the emergence of a new trend of crime, where unsuspecting victims are being hoodwinked into buying motor vehicles hired out to magsmen who pose as genuine customers, only to forge the car documents, advertise the cars for sale and ultimately sell them out.

Forging details in the vehicles’ original documents (which detectives suspect are shared by rogue car hire agents) the cons go ahead to fake the identity of genuine car owners, making it difficult for their to-be customers to detect any discrepancies after conducting search.

It is until the innocent buyers demand that car logbooks be transferred into their names that they realize they were duped into illegal deals. By the time, they will have parted with a huge percentage of the total cost of the vehicle, with none of the sellers picking up calls.

Meanwhile, the car hire agents will have moved to the police to report that cars they hired out were long past the agreed date of return, and on being tracked down, they are found in the hands of victims who have no idea they are suspects in motor vehicle thievery.

Numerous such scenarios have in the past few days hit the DCI’s social media platforms (especially from Murang’a and Kiambu counties), with victims narrating their ordeals in the hands of criminals whose sheer greed for quick money has no mercy for the victims’ toil and sweat.

Whereas the DCI is working tirelessly to shatter this trend and bring to justice players in the sham deals, members of the public are urged to beware of the con trick.

This caution adds to the warnings issued previously by the DCI on existing fraudulent online vendors who trade without any physical addresses or locations, some of whom transact in stolen and/or counterfeit products that often get victims in trouble with the law.