2 Dead, 4 Escape After Shootout with police in foiled robbery 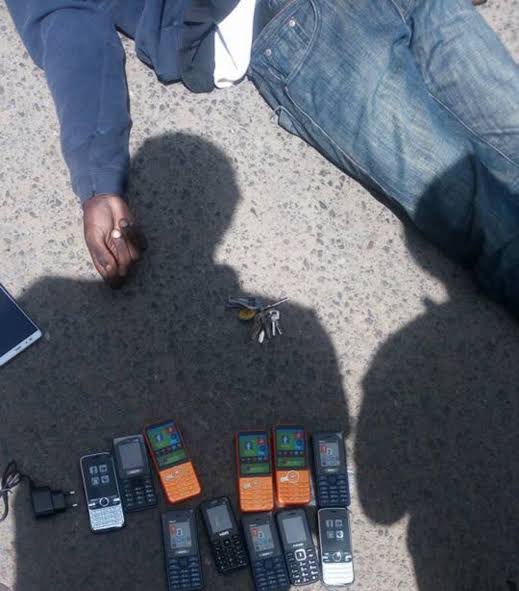 Sounds of a fierce shootout rented the air at the crack of dawn yesterday, as Police officers foiled a robbery at a hardware store in Eastleigh. A miscreant gang of six men had broken into Jamarat hardware in Eastleigh’s 4th street before they were busted.

Police got wind of the robbery and in a bid to clear the city off criminal gangs, responded swiftly and gunned down two of the thugs. Earlier, the misfits had arrived at the hardware aboard a pickup truck to stage their brazen robbery.

But the timely response by the officers left them scampering on their heels for dear life. The hoodlums who were armed with firearms had in a bid to evade arrest, fired at the fast approaching officers, with their bullets missing the Corporal leading the onslaught by a whisker.

Unbowed, the Pangani based officers responded decisively, leaving in their wake two gangsters fatally injured. The four others who escaped are thanking heavens after getting away miraculously, but with their bodies riddled by gunshot wounds.

The wounds will serve as a stark reminder, of their failed heist at the hands of the Pangani-based crime busters. Meanwhile, a pistol with three rounds of 9mm callibre, claw bars and other crude weapons were recovered from the scene.

Two water tanks that the thugs had managed to steal from the hardware and were ready for loading on their getaway truck were also recovered. Detectives are pursuing the four who escaped, while putting other criminals on notice, that the fight against crime will only get intense