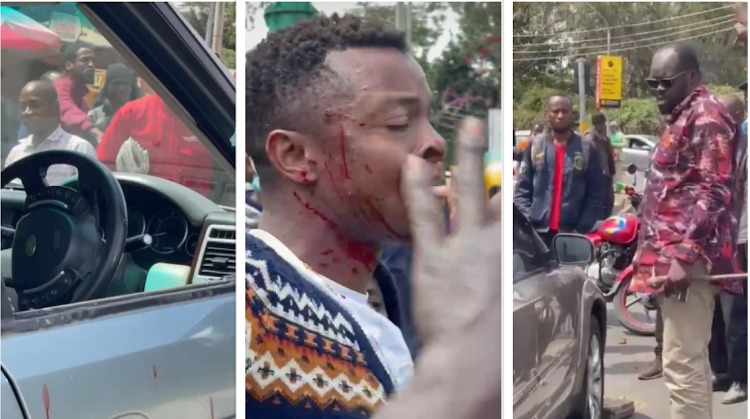 Gospel Artist Alex Apoko known to many as Ringtone found himself in a mess this afternoon after he was involved in a road rage with controversial blogger Robert Alai.

In a video which has gone viral, the incident took place in the Kilimani area where Ringtone is seen asking Alai why he hit him with his rungu. He gets out of his vehicle through the drivers window and starts lamenting.

“Why have you hit me? it doesn’t matter, you took actions by yourself instead of reporting,” he shouted.

From the views of the people who were around and witnessed the incident, it was Alai who had called the accident.

Minutes after the incident, Ringtone gave out 100 shillings to every Bodaboda guy that was around.