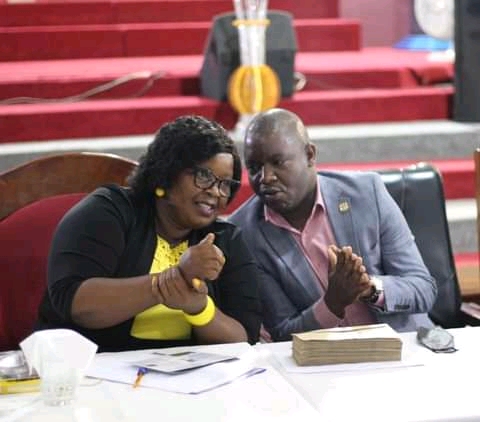 Nairobi Gubernatorial Aspirant Margret Wanjiru has been championed for as the most suitable person to solve the problems of Nairobi Citizens.

Speaking while meeting delegates from Embakasi East and Central, Patrick Musili who will be the deputy Governor for Wanjiru said Wanjiru is capable of working for Nairobi residents and delivering appropriately.

Musili said they won’t be arranged by people and they will hold Wanjiru and give her the support she requires. He said Nairobi is for Everyone.

Further on, he called on the voters to be wise and not be swayed by tribalism so as to decide who they vote for.

“The only person who can help this Nairobi is Margaret Wanjiru. Kindly let her be given a chance. When she ascends to power be sure of everyone benefiting. I know you want a person who will take care of our youths, women and create more employment opportunities. Bishop Margaret Wanjiru is capable of doing it, so let’s give her a chance during the General elections,”said Musili.

In January last year, Wanjiru was given the mantle by UDA chairman Johnston Muthama the ticket to vie for Nairobi Gubernatorial seat saying he is confident in her that she will defeat their opponents come August General elections.

Last week she dismissed Ngatia’ entry into the Nairobi politics saying Nairoans should be allowed to choose leaders themselves and not being imposed on some people.

“Let Nairobi residents be given a chance to elect their own leader. We don’t want people being imposed on us,” she said.