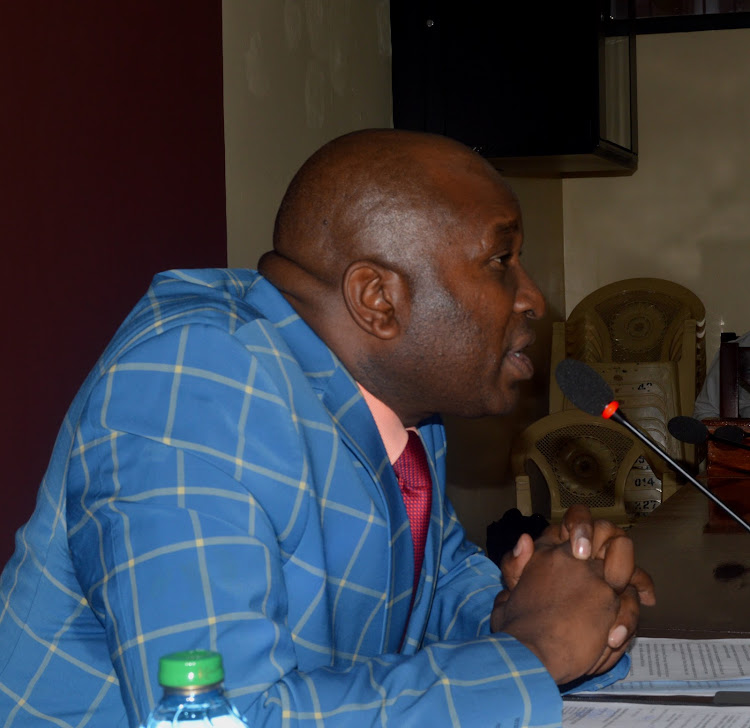 The Chairman of the Nairobi County Assembly Service Board, Thomas Mweu Kasoa was recently overheard bragging to close friends and colleagues that as long as he has the backing of ‘Baba’ and the corrupt group of MCAs affiliated with Azimio, he will do anything.

There is a deeply rooted and well-coordinated cartel at Nairobi’s City Hall that has captured the Human Resource Department.

The cartel, our source said, is coordinated by the Nairobi County Public Service Board NCPSB), whose mandate, it seems, is to ensure that officers are promoted to senior positions through dubious methods such as bribery or “sex-for-promotion.”

The county government act requires that all positions above Job Group N must be through a competitive process.
However, the board is running a process where vacancies are quietly advertised internally and juniors get promotions as long as they part with money or as for female staff, romantic escapades.

Positions of Assistant Directors and Deputy Directors go for between Ksh500, 000k to 700, 000 in bribes.

To get the position of Sub-County Administrator, one has to part with a Ksh.700, 000- 1 million bribe.

The Chair of the Nairobi County Public Service Board NCPSB) is at the center of this scam.

The Sub-County Administration cartel is headed by one Mr Muli, his directive to those he promotes through dubious means is a weekly remittance of at least Ksh.20, 000 which is meant to oil his pockets.

A source who hails from his village told The Weekly Vision that Mr Mweu is worshipped by his kinsmen due to his deep pockets.
“He freely gives money to people whenever he visits his home village.

A source who hails from his village said Mweu is worshipped by his kinsmen due to his deep pockets.

“He freely gives money to people whenever he visits his home village.

“He has bought every available land in the prime areas of Miwani. When asked by a former colleague at Machakos county how he was able to make his big money in less than three years on the job, he bragged that “Nairobi Pesa ni nyingi kama vile wajinga ni wengi Kenya”

He brags about his deep connection with some members of the investigative agencies.

One junior staff on the board, Mr Onyango is the one mandated to collect the loot on behalf of his bosses.

The loot is then shared amongst the board members. Mweu’s “cancer” has spread to other board members who have been collecting money from innocent Kenyans with promises of hiring their kin to such positions as fire Marshalls and ECD teachers.

One poor mother has vowed to expose the rot at City Hall, she recorded a statement with one of the investigations departments last week, a source said.

A top city lawyer told our news desk that many people have gone to him complaining of corruption at City Hall and that he is preparing to take the matter to court.

One is left wondering what Governor Kananu is doing when all this is happening in her administration yet we always see her on TV during Azimio campaigns claiming zero tolerance for corruption.