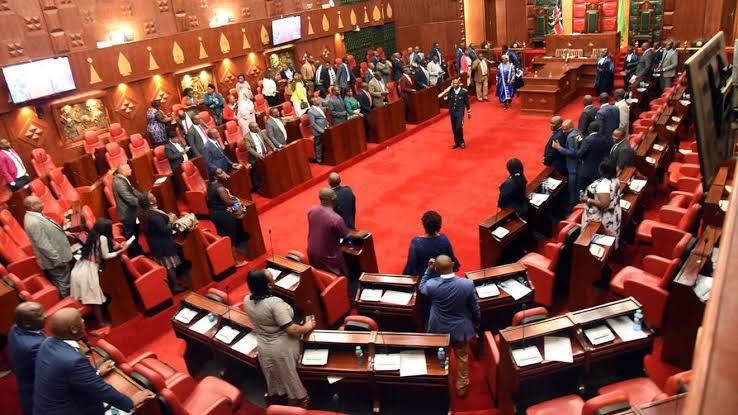 Reliable sources have intimidated to our News Media that top Jubilee house leadership in the County Assembly of Nairobi had summoned Contractors and business community to seek for their support in leadership row at the Assembly.

It is reported that the leaders presented a budget for Kshs 15 Million to aid in mobilizing MCAs to sign petition for removal of Hon. Peter Imwatok from the position of minority Whip who is said to be the stumbling block for them(contractors)doing dirty business with the County and NMS.

It is then intimated that the money was given out and some amount sent to ODM and Jubilee Headquarters and the remaining amount given to MCAs with each receiving Kshs 100 thousands for signing the petition with promise for additional amount upon successful removal of Imwatok but which backfired after the ODM Party and Speaker declined to approve the same.

The leadership then decided on afterthought to amend standing orders in a desperate attempt to execute their mission but again was thwarted by Jubilee Party which ordered the Assembly leadership to shelve plans and desist from such machinations.

It is now a wait and see situation since the spanner has been thrown into works and the entire plan seems to have hit a snag even as the Contractors are said to be jittery.