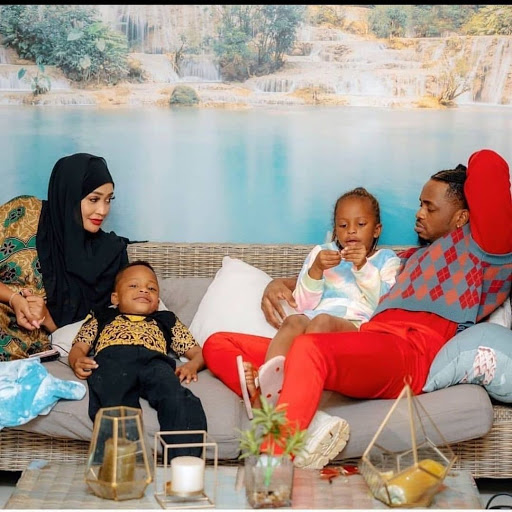 Communication made everything easy,” Zari opens on how she handled Diamond while Dating Stallion.

Zari is in Tanzania and things look a bit cute for Diamond.

She signed a deal to be the ambassador of a sanitary towel in Tanzania. While in an interview with Wasafi media she denied claims that Diamond slept in her mansion while he was in South Africa. She was dating Dark Stallion at the time.

“From day one I had told him [ Dark Stallion] that the father of my kids will be in town and he was going to spend time with my kids. It was Ramadhan and Diamond would call and say there are no people to cook for them, so I let my husband [Dark Stallion] know and he didn’t have a problem with that,” Zari Said.

Diamond wasn’t sleeping in my house, he would come and go. My husband [Dark Stallion] also comes and goes, so there was no clash.

First of all, there was communication to tell him that the father of my kids were in town. Communication made things easy.

She also made it clear that Diamond showed her respect. He went back to the hotel whenever it got late. She again confirmed that she will be staying at Diamond’s house while in Tanzania as it’s her kids home.