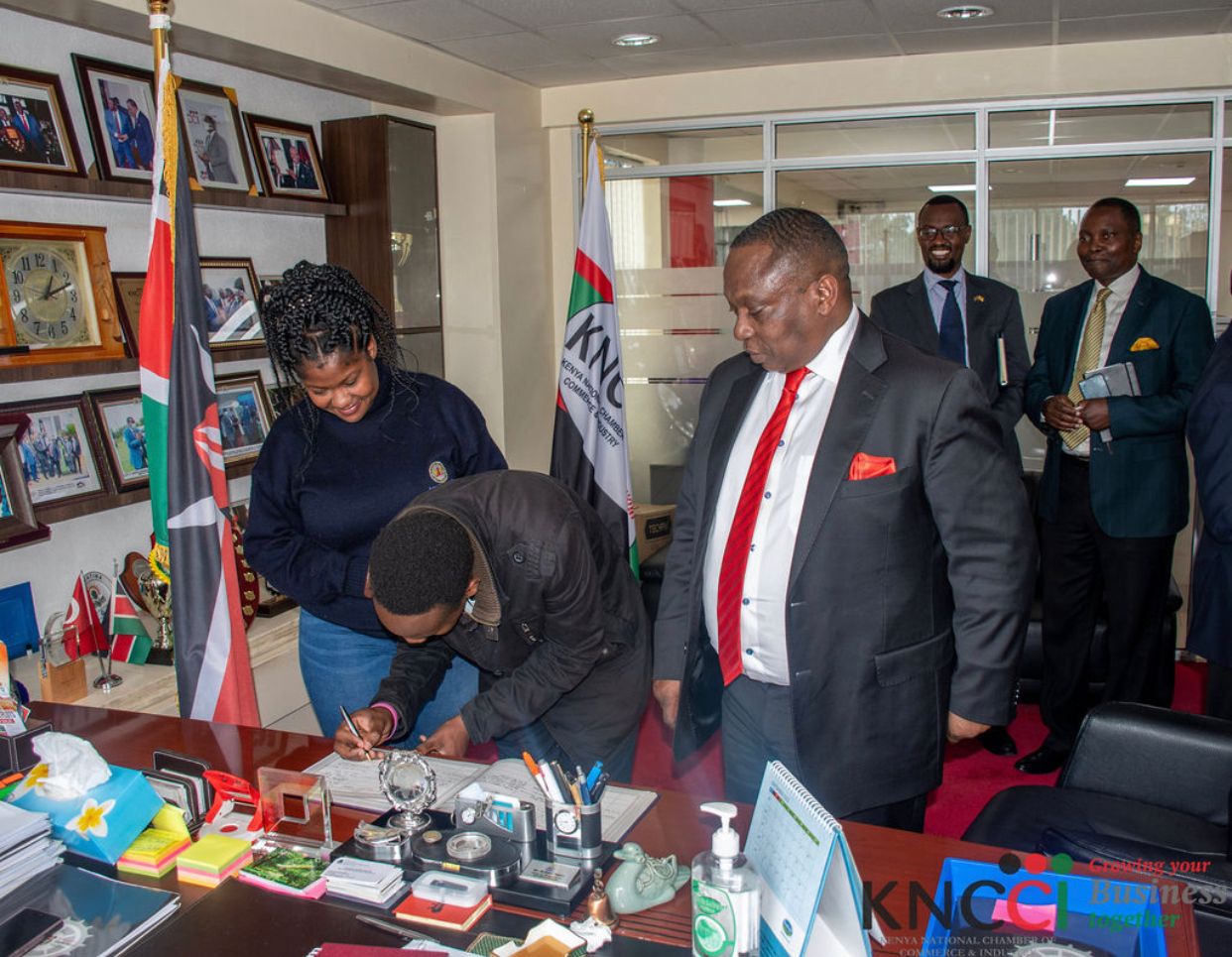 The Kenya National Chamber of Commerce and Industry has Congratulated the Eco Bana for Emerging winners of the just concluded Hult Prize competition in New York on Tuesday this week.

The Chamber President Richard Ngatia applauded the agroup of four kenyan University students from St Paul’s University for Winning the global finals of the 2022 ,after they were also awarded one million dollars, (Sh.120M) for the innovation.

“Kenya National Chamber of Commerce and Industry
Congratulates Eco Bana , for emerging the winners of the just concluded Hult Prize competition.
You have demonstrated to the world, that youth are indeed creating a better world through the green and circular economy.
HONGERA,”
Richard Ngatia Chamber President.

The KNCCI President had met the group last week in his office and flagged them off to New York.

The students from St Paul’s University won the top prize for their eco-friendly sanitary pads made of banana fibres called Eco-Bana.

Eco-Bana is a kenyan youth led social enterprise run by 5 students. It’s focus is on youth entrepreneurs based in several Counties in Kenya to produce biodegradable, eco-friendly and hygienic sanitary towels made from banana fibers with the knowledge of Design Thinking and a concept of Green and Circular Economy.

“Special thanks to Mr Richard Ngatia,president of KNCCI for showing alot of dedication on this project, advising us where necessary and showing lots of support on what’s best for the project.”
Eco Bana team wrote.

President William Ruto has also congratulated the students for great performance ,assuring them of the government support in achieving their goal.