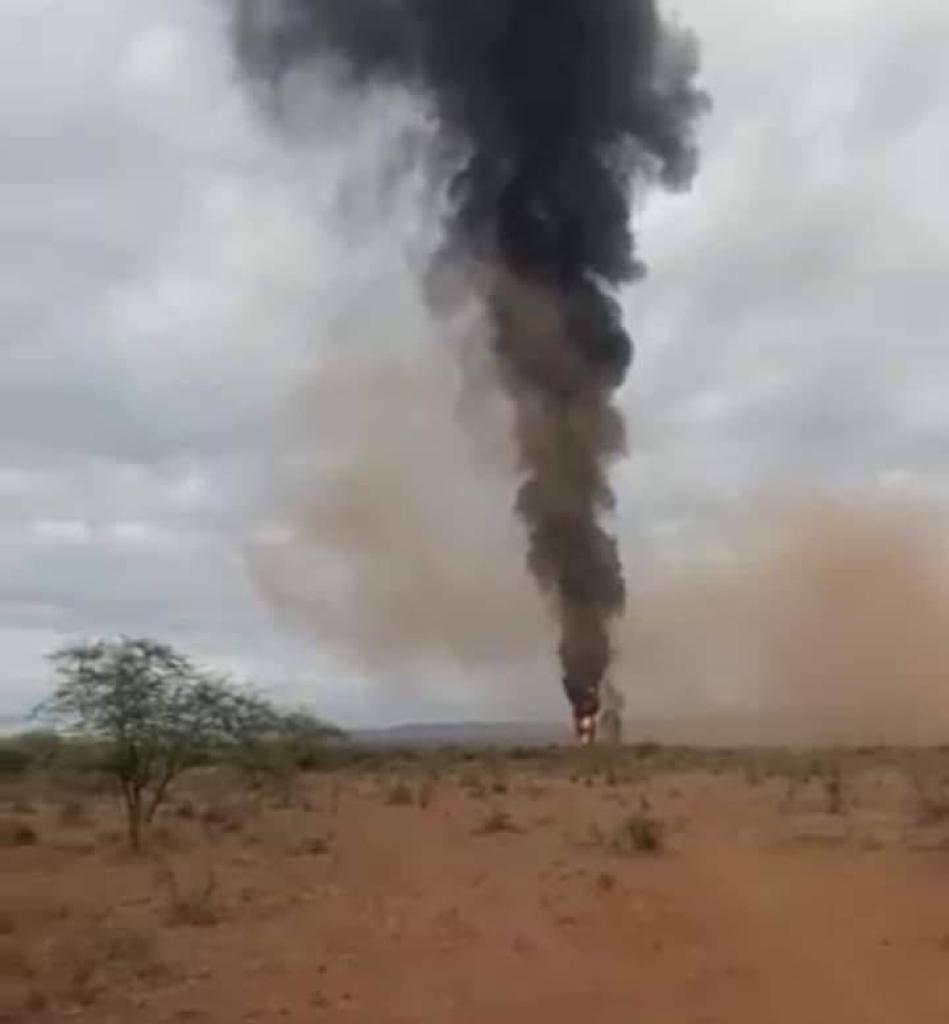 The spokes person Zipporah Kioko has coinfirmed the incident saying the helicopter was on a training mission before crashing with unkown number of people who were on board.

“Today at around 0900hrs, an Mi 171e Air Force Helicopter, on a training mission crash landed at the OlTepesi area in Ngong, Kaiiado County,” said KDF in a statement.

Several Kenya Defence Forces (KDF) have died and while others have sustained serious injuries after a military helicopter crash landed at the Ol Tepesi area in Ngong, Kajiado County.

KDF spokesperson Zipporah Kioko confirmed that all soldiers on board the Kenya Air Force Mi 171E helicopter had been accounted for with several having died in the crash.

“The injured were airlifted and are at the Defence Forces Memorial Hospital, Nairobi… Regrettably, following the crash, we suffered fatalities. The process of communicating with the families to relay the information and KDF condolences are underway,” she said in a statement.

The Kenya Air Force Mi 171E helicopter had a capacity of 24people and was on a training mission when it crashed.

“This was a very unfortunate incident that happened today at 8.30am… Our aircraft which was on a normal training mission involving several crew departed Moi airbase at 8.10am. As it was coming to land, we got information that it crashed. Some people have been rescued and taken to Nairobi for treatment. A few who were on board are feared dead but we are not sure of the exact number,” said the Air Force Commander.