HIV Infections Projected to Rise As Circumcision Funding is Slashed 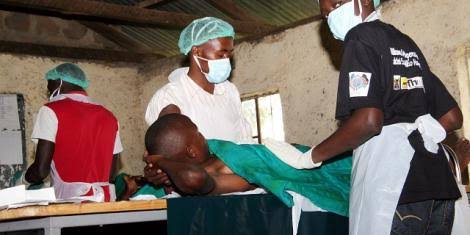 A report by the National AIDS and STIs Control Programme (NASCOP) indicates the number of those undergoing the cut in Kisumu County has reduced from 900 monthly to an average of 60.

Nationwide statistics indicate the numbers have reduced from 200,000 annually to an average of 55,000.

According to NASCOP VMMC programme’s manager Ambrose Juma, the dip is linked to the withdrawal of funding by the US President’s Emergency Plan for AIDS Relief (PEPFAR).

In August 2020, PEPFAR reduced funding for people aged 14 years and below, which constitutes 60 per cent of the beneficiaries annually. It has only been funding services for people aged between 15 and 49 years.

PEPFAR gave an advisory to VMMC against circumcision of people aged between 10 and 14 years, citing safety and human rights concerns. Since then, the country has not been circumcising boys in that age bracket.

“This has left the country with a significant resource gap for the VMMC programme, which is a serious threat to its sustainability,” Juma said.

NASCOP now wants the national and county governments to prioritise funding the circumcision program. The Covid-19 pandemic is  another blow to the programme as it saw selective surgeries put on hold.

Yesterday, Juma said the situation could lead to a surge in HIV infections if not addressed. With reports indicating that circumcision reduces the chances of contracting HIV by up to 60 per cent, the initiative has been a big boost in the fight against the spread of HIV.

Joel Olilo, NSCOP VMMC Focal Person in Kisumu, said 30 health facilities with the capacity to carry out the procedure have had staff reduced to six from 24 due to the reduced numbers of clients.

“We are afraid that if the uptake will reduce further, there are chances that infections will rise,” he said, adding that as part of Covid-19 prevention measures, people aged 13 years and below were being turned.

Olilo said the pandemic and partial withdrawal of funding have hurt the programme.

“There is no active mobilisation,” he said. Kenya AIDS Indicator Survey (KAIS) of 2007 showed that an uncircumcised male is five times at risk of contracting HIV from a HIV positive woman compared to a circumcised male