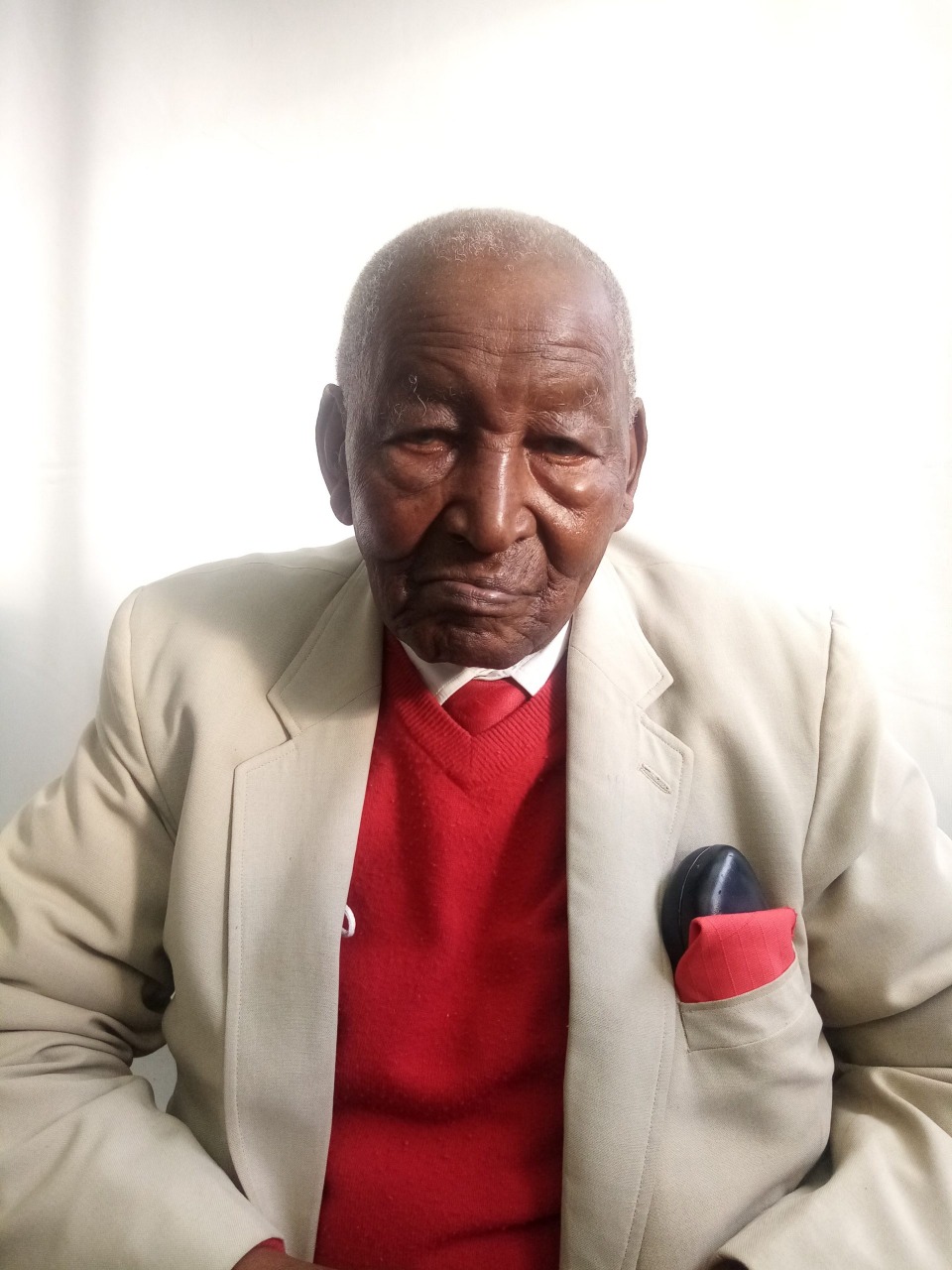 His family led by his eldest son, Edward Musembi Nthenge have confirmed saying he died at his home while resting after he was discharged from Nairobi Hospital few weeks ago.

Nthenge was a a LEGCO member from the then, Machakos District.

He was one of the authors of the Country’s first constitution and among the team that travelled to Lancaster to agitate for the freedom of Kenya and was the only remaining politician of the ancient day after the death of President Moi.

Between 1992-1997 he served as the MP for Kamkunji and is always remembered as one of the founders of FORD.

He survived a dawn road disaster in in 1978 the region of Maanzoni, Athi River Sub County along Nairobi Mombasa where his 10 Children and his wife died and he was taking them to school.

In an interview with a local TV station four years ago, Nthenge said he be burried 4feet, 2 feet above his wife who died 43 years ago.

“If all goes well as planned, my beloved second wife will be burried two feet above me. I love them that much,” said Nthenge.

Leaders in the Kamba region led by Machakos Governer DR. Alfred Mutua have Euologised him as a brilliant and visionary leader.”

I am sad to learn of the passing of Hon George Gregory Nthenge, at the age of 94, due to covid-19 complications. Former MP and minister, Mzee Nthenge was a brilliant and visionary leader.

He survived a tragedy and celebrated life. He is on eof the greatest leaders of Kenya. Rest in Peace,”Mutua wrote on Tweeter.