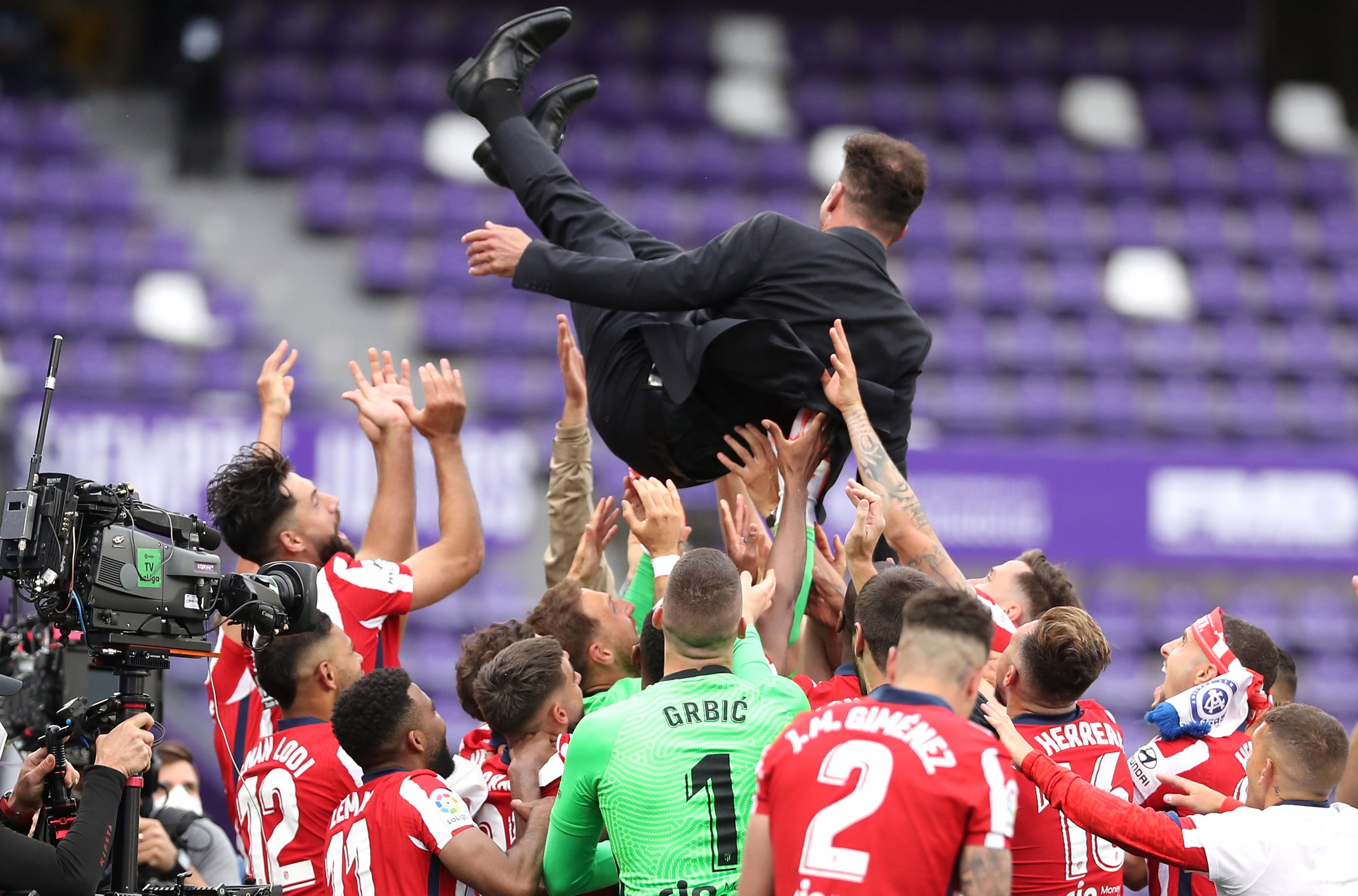 Atletico have won the La Liga title for the first time since 2014 after a final-day 2-1 comeback win at Real Valladolid saw them clinch the title ahead of rivals Real Madrid.

Valladolid had taken a half-time lead over Atletico before goals from Angel Correa and Luis Suarez turned the score around. Madrid’s late turnaround to beat Villarreal 2-1 was irrelevant due to Atletico’s result.

The results mean Diego Simeone’s team end the season on 86 points, two ahead of second-placed Madrid and seven above third-placed Barcelona.