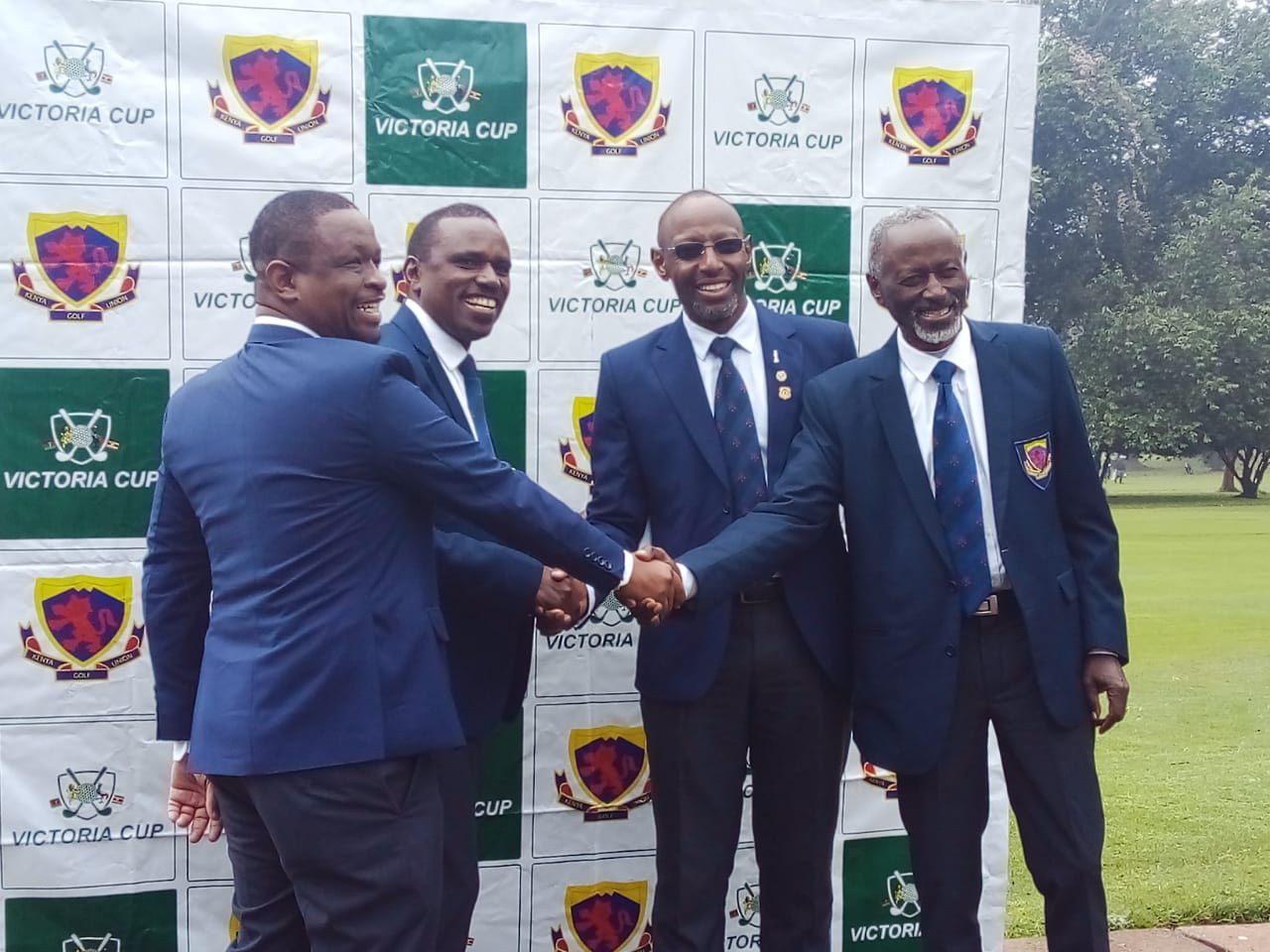 Kenya will have ten representatives in the Victoria Golf cup with Uganda.

Top Golfer Dennis Maara is among ten players who have been picked to represent the country by the golfers coach.

Speaking to the Media today about the preparedness of the cup which will be happening starting July 28, the Kenya Golf Union Chairman Njani Ndiritu said the Kenyan team will use the tournament to shape up for future regional engagements.

He disclosed that Uganda team is already in the country ready to avenge previous defeats from their Kenya hosts.

Kenya had earlier named 17 players who were later whittled down to 10.

“Today we are pleased to announce that a team of ten will represent the country in the coming Victoria Cup which is two days away. Our players are very prepared and are at a greater chance of clinching the cup for the fourth time,” KGU chairman Njani Ndiritu stated.

The cup will be held at the Limuru Country Golf club and the Ugandan side jetted in the country two days ago and have been training.

Since its inauguration in 2016,Kenya has won the event three times with Uganda winning the event in 2019 at Entebbe Golf Club.

The KGU chairman that they are also preparing for the Kenya Open which will be held next year.