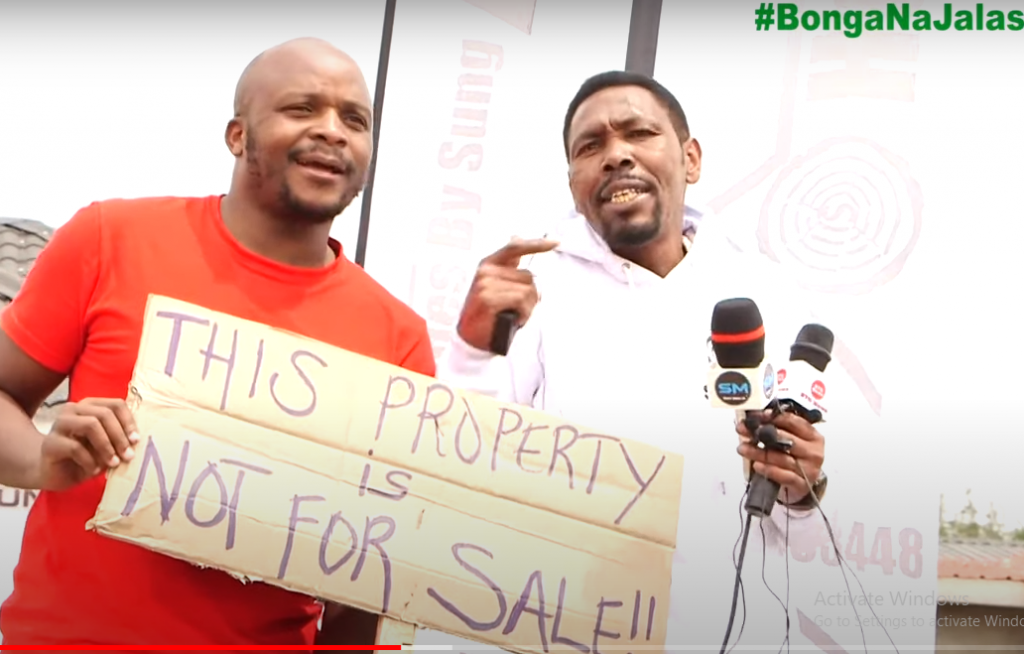 Omosh was in dire straits earlier this year when he revealed in an interview that he struggling financially.

Soon after, many Kenyans including celebrities joined hands to help the celebrated former Tahidi High actor.

And not only did people contribute financially but the biggest blessing he got was that he was promised a house.

READ ALSO: Finally ‘Omosh’ to be Handed his House Tomorrow

The piece of land was donated by a well-wisher and she went ahead to construct a house for the troubled comedian.

Commedians Jalango together with Fred Omondi, Shiti and many others who were present have told Omoshi not to sell the house.

He also thanked Kenyans and all the many well wishers who stood with him when he needed help most. Kinuthia also said sorry for his alleged joke of wanting to be helped again.