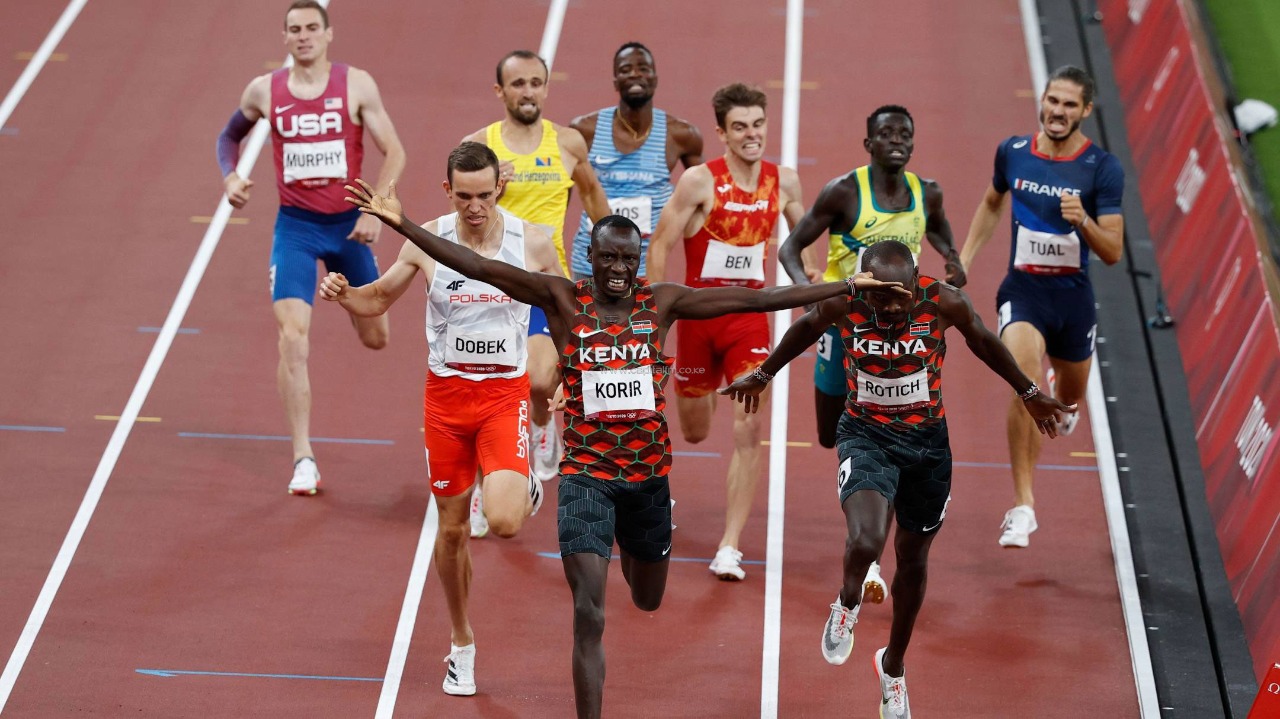 Kenya has finally opened it’s gold medal account at the 2020 Olympics Games in Tokyo Japan after Emmanuel Korir raced to the finish line in first place 800m men race with the other Ferguson Rotich winning silver.

The 800 M race was meant to confirm who is fit to wear King David Rudisha’s crown.

The world record holder had won in 2012 in London and 2016 in Rio and Tokyo 2020 was expected to unveil a new gold medalist in 800m for the first time in over eight years.

Korir took up the challenge at the bell and showed he was fit to wear Rudisha’s crown as he struck gold in 1:45.06 with Rotich clocking 1:45.23 for the silver.

Earlier on, Havying Kiyeng won Bronze in the 3000 steeplechase. Uganda’s Cheruth Chemutai won it after 9.01.45 followed by USA’s Courtney Frerich at 9.04.79.
World record holder Beatrice Chepkoech who had revealed that she was battling with a hamstring injury finished seventh in 9:16.33.