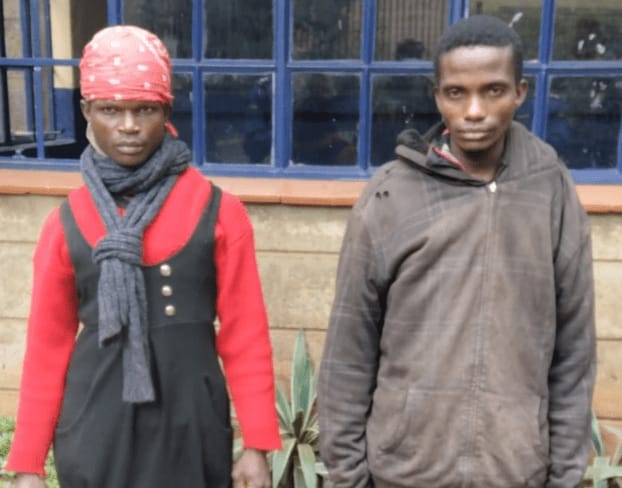 Detectives from the Directorate of Criminal Investigations (DCI) yesterday arrested two suspects, among them one masquerading as a woman, for allegedly terrorising joggers in Lang’ata.

One was a man dressed as a woman among the two suspects.

Peter Omweno Momanyi, 24, was arrested dressed as a woman alongside 25-year-old John Muchiri Kimani after they defied police orders to stop.

The officer reportedly noted something amiss with Momanyi’s appearance and ordered them to stop, but they instead took to their heels.

They were arrested near the Mbagathi bridge and crude weapons recovered from them; Momanyi was found in possession of a knife and a chain concealed on his waist.

The detectives have since established that the two are among suspects who waylay fitness enthusiasts jogging on Lang’ata and Mbagathi roads early in the morning and late in the evening.

The two were placed in lawful custody and are set to be arraigned in court.