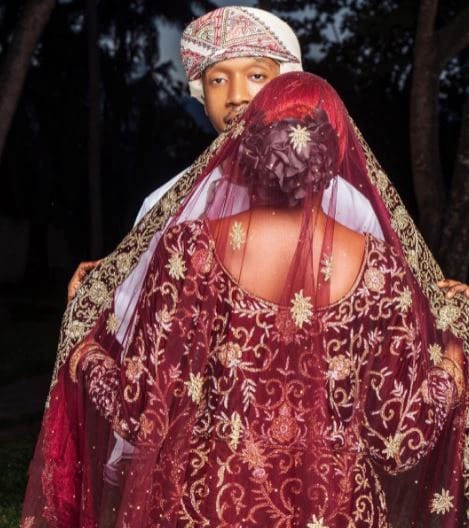 Not A week ago Netizen had speculations that Citizen TV’s Rashid Abdallah had married a second wife apart from Lulu who is publicly known, as they anchor together.

The rumors had emerged after Rashid posted a photo of himself in a wedding like attire with a woman whose face was not revealed.

He had captioned it with his normal slogan, ’sisemi kitu’. Netizens had quickly speculated that he had taken a second wife and even went on to congratulate him. This is because the Muslim religion allows up to four wives.

Today, Lulu has cleared the airwaves when she posted the same photo with her face now shown. This ow clears the speculations the Netizens had and that Rashid had not taken a second wife. she captioned it as” You can. You will. Have faith in yourself. The word “YOU” has power in it.”

Their fans can now have a sigh of relief after the face of the photo has been now revealed.