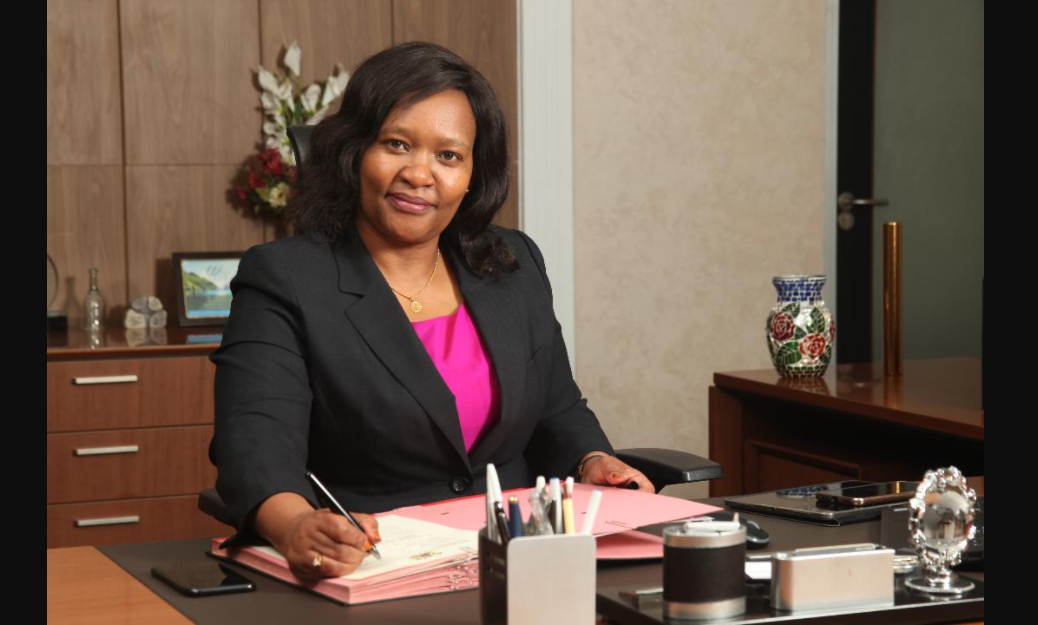 This emerged as the company held its 9th Global Innovation Seminar virtually for two days ending today. It also emerged that the company made a savings to the tune of Ksh.1.3 Billion drawn from process improvement and implementation of continuous improvement ideas.

Energy Cabinet Secretary, Hon. Charles Keter, whose speech was read by Chief Administrative Secretary (CAS) in the Ministry, Mr. Zachary Ayieko urged the company to continue with its tradition of generating ideas adding that their candle will be used to light the way for other players.

He also challenged the energy sector to continue harnessing natural resources efficiently to not only avail clean power but also assure Kenyans of its reliability.

Every year, since 2012, KenGen has held the Global Innovation Seminar that has special focus on business growth driven by idea generation, creativity, and continuous improvement. The forum brings together employees, local, and international stakeholders. Delegates deliberate and discuss innovative ideas, geared towards enhancing the organization’s value proposition and service offering as it continues to execute its mandate and core objectives.

“I look forward to proposals aimed at improving the generation process, reducing overall electricity cost along the supply chain or adding efficiency solutions such as storage of energy as this is what our country is in dire need of,” said the CS at the start of the seminar.

Energy, he added, is critical in delivery of Kenya’s development blueprints – Vision 2030 and the Big Four Agenda and ideas generated from the G2G seminar may be the catalyst required to transform the country’s economy for future generations.

He however stressed the need for development of solutions geared towards improving energy generation process, reducing overall cost of electricity, and adding efficiency solutions such as storage.

For her part, KenGen Managing Director and CEO, Mrs. Rebecca Miano said the organization is making good progress to bring on board its first solar project of 42MW which may in future be coupled with its existing hydro generation to efficiently utilize both resources.

“This is in line with our pursuit for green, sustainable energy, aimed at positively exploiting the available resources while reducing the country’s thermal power bill,” she added.

She reiterated that currently the company is on track to commission the Olkaria I Unit 6 geothermal power plant later this year, adding that at 83.3MW, it will be the single largest geothermal generating unit in Africa.

“This power plant being an extension of Olkaria I Units 4 and 5 means that when complete the power plant will be a 233MW geothermal giant. This addition will push our installed capacity to 1.9GW, double the 956MW KenGen had when we embarked on our ‘Good to Great’ journey in 2008 and only 100MW shy of the two Gigawatts mark,” she said.

Speaking during the same event, KenGen Board Chairman, Gen. (Rtd) Samson Mwathethe said: “Our focus shall be on efficiency to ensure prudent utilization of resources, resilience in line with the innovation seminar theme and delivering on the promises we make to ourselves and to others.  Energy is a core ingredient for any nation’s development, hence the need to step up and deliver in provision of the reliable resource.

“The national clean energy percentage of 92.5% is borne heavily by the 1,565MW of renewable sources that KenGen has invested in and we shall continue to focus the industry’s efforts on bringing onboard sustainable energy at minimal cost to allow for mutually beneficial power purchase agreements,” he added.

From the innovative ideas, KenGen has been able to provide geothermal drilling and consultancy services locally and regionally, established the Gitaru drinking water project which currently supplies drinking water to staff, commissioned a Calibration Centre, established an energy saving initiative through the installation of a solar grid tie system in Eastern and Thermal regions within the administration block and street lighting as well as operationalization of the Geothermal Spa.