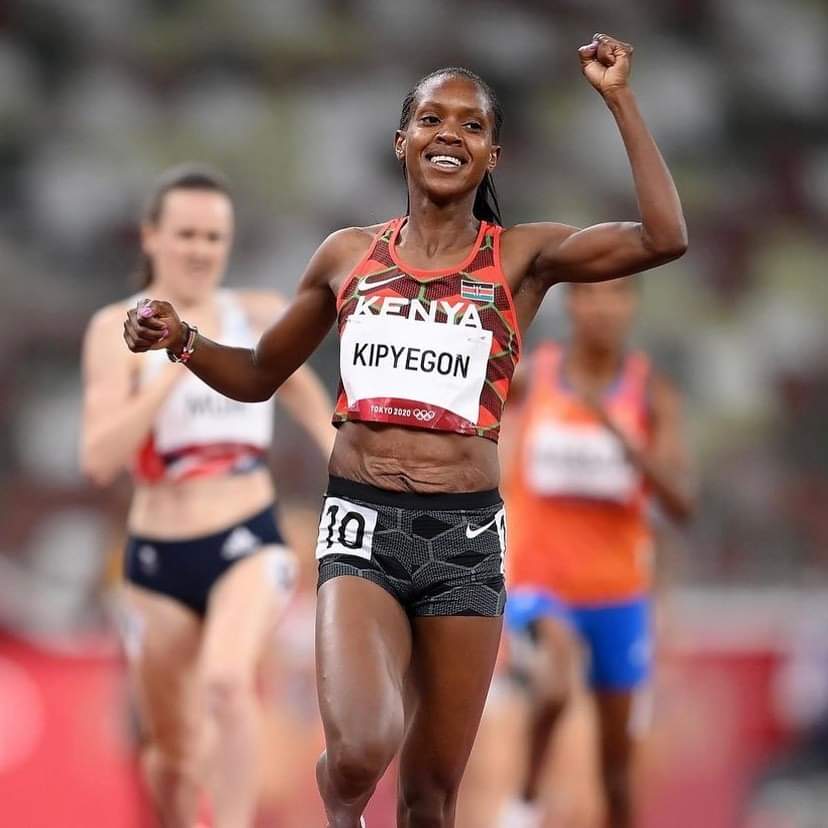 Faith Kipyegon has defended her women’s 1500m title in an Olympic record as she bagged Kenya her second gold in Tokyo.

Kenya now moves to 29th place in the athletics ranking.

The 27-year old has set a new Olympic record 3:53.11 to destroy a 30-year old one en route to becoming only the second woman to defend her 1500m Olympic Gold Medal. She is also the 1st Kenyan woman to win back-to-back Olympics gold medals.