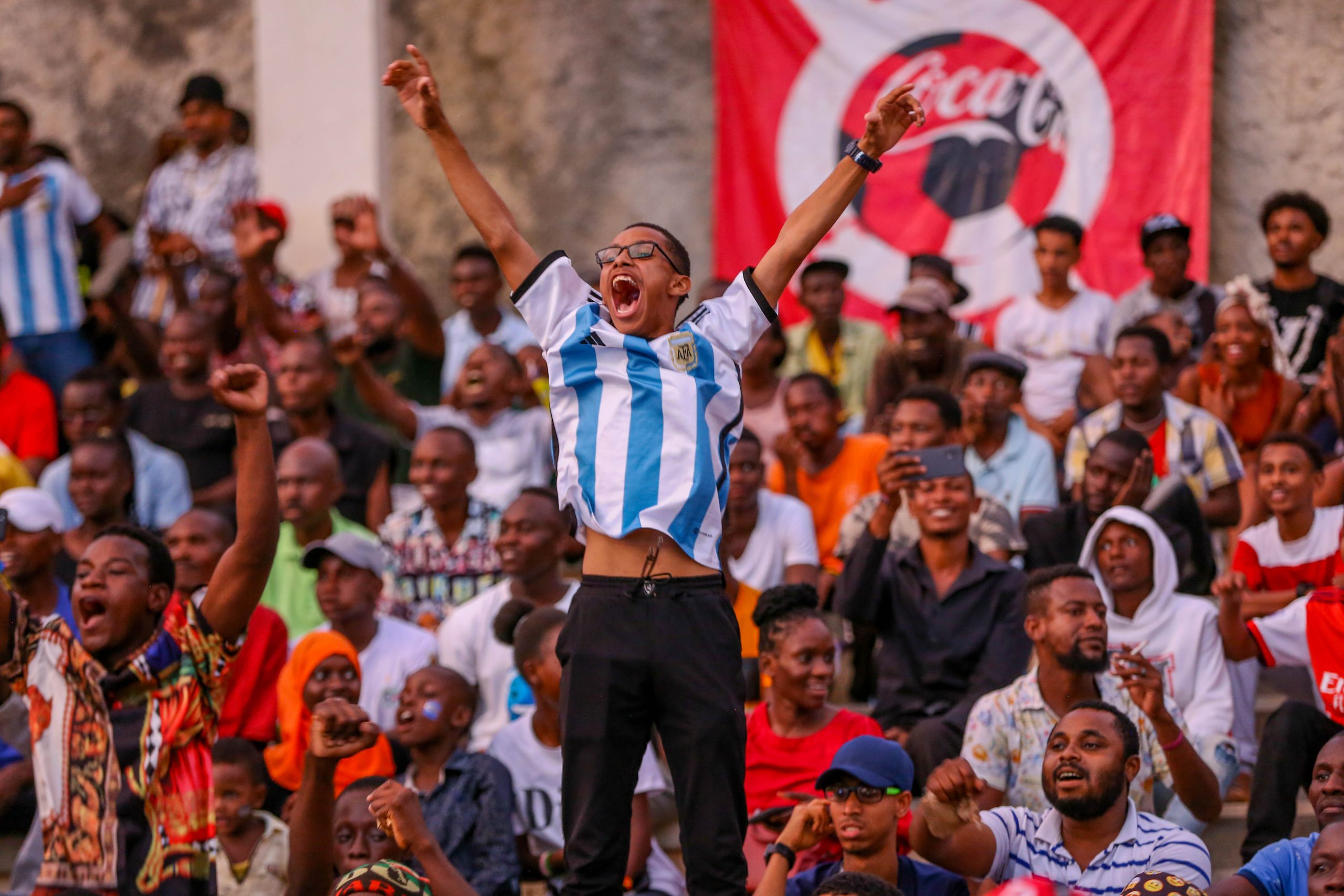 The Argentina VS France match ended in favor of Argentina who scored 4- 2 in penalties against France after a 3-3 draw.
Hundreds of football fans showed up all geared up and excited to cheer their favorite teams.

Also in attendance were Coca-Cola Mombasa staff, different industry stakeholders, partners, and all-around football fans who got the chance to watch the match live in front of the huge screens.
Consumers who predicted the winning score walked away with different prices, with two of them Eric Metian and Tracy Amina winning a 2-door fridge and a washing machine respectively courtesy of the Coca-Cola company.

Coca-Cola successfully hosted multiple public viewings across Kenya throughout the World Cup season, with regional Coca-Cola fan zones in Nairobi, Nyanza, Central, Coast, and RiftValley, where thousands of soccer fans from all around Kenya enjoyed every heart-pounding pass and every game-winning goal of the World Cup.

Through the Coca-Cola Fan Zones, football lovers from all around the nation were able to watch the FIFA World Cup games together.

Coca-Cola is one of the world’s largest sports sponsors with partnerships ranging from top athletes to grassroot sports movements.

The company is also the longest, continuous standing partner of one of the largest sports platforms in the world, the Olympic Games -proof of their commitment to using the power of their brands to encourage more people to become active through sports.