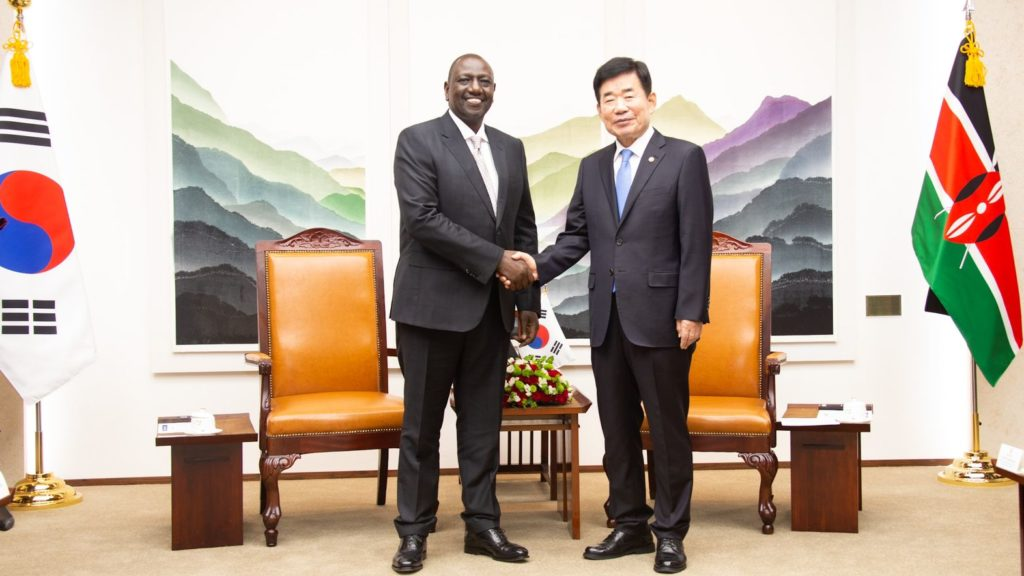 Tobacco Control and Health Promotion Alliance (TCHPA) has raised concerns over the trade deal between Kenya and South Korea which has promised to increase the exports of Tea, Coffee, and Tobacco.

The concerns by TCHPA follow research that revealed tobacco farming is unprofitable and leaves farmers poor and sick with green leaf tobacco sickness, and other diseases.

Between November 21 and 24, 2022, President William Ruto made a visit to South Korea and a brief by the Ministry of Foreign affairs indicated a rise in the export of the said products meaning there will be an increase in tobacco planting in the country.

“According to the brief from the Kenyan Ministry of Foreign Affairs, Kenya promised to increase its exports to South Korea which include Tea, Coffee, and Tobacco. We have a major problem with this because it means Kenya will try and increase tobacco planting in the country. Numerous studies done in Kenya show tobacco farming is unprofitable, leaving farmers poor and sick with green leaf tobacco sickness, and other diseases,” the statement by TCHPA read in part.

They have called on the government to cancel aspects of the Kenya-South Korea agreement that touch on tobacco citing that the treaty or agreement that binds Kenya to promote tobacco farming is against the Tobacco Control Act and is therefore illegal.

“The Tobacco Control Act also commits the government to continually phase out tobacco farming in Kenya. We ask the government to immediately cancel aspects of the Kenya-South Korea agreement that touch on tobacco,” the statement added.

The alliance has also called on the Cabinet Secretary for Health to immediately ban the sale of ten tonnes of Velo which was imported by BAT from South Africa as the company plans to import more.

“We now ask Health Cabinet Secretary Susan Nakumincha Wafula to immediately ban the sale of these harmful products. There are already many concoctions out there killing Kenyans, such as bootleg alcohol, and narcotics. We do not need an additional product,” they noted.

“We also note the Kenya Bureau of Standards had last week in Nairobi convened a meeting that purported to develop standards and guidelines for the sale of these illegal pouches in Kenya. This must also stop.”

TCHPA has applauded the Nairobi City County MCAs for pushing for the enforcement of the Shisha ban and encouraged them to push for the full implementation of Tobacco Control policies.

The alliance has promised to give full support to the President and his government to make a reality of achieving the highest standards of health.

On December 27, 2017, Kenya implemented a comprehensive ban on shisha, including the use, import, manufacture, sale, offer of sale, advertising, promotion, distribution, and encouraging or facilitating its use.

The World Health Organization (WHO), the World Food Programme(WFP), and the Food and Agriculture Organization (FAO) in collaboration with the Government of Kenya in March this year launched the Tobacco-Free Farms project in western Kenya.

In Migori, farmers have planted high-iron beans as an alternative crop to tobacco. The UN agencies are providing training, quality inputs such as seeds and fertilizers, and a ready market for the harvest, through the World Food Programme’s (WFP’s) local procurement initiatives.