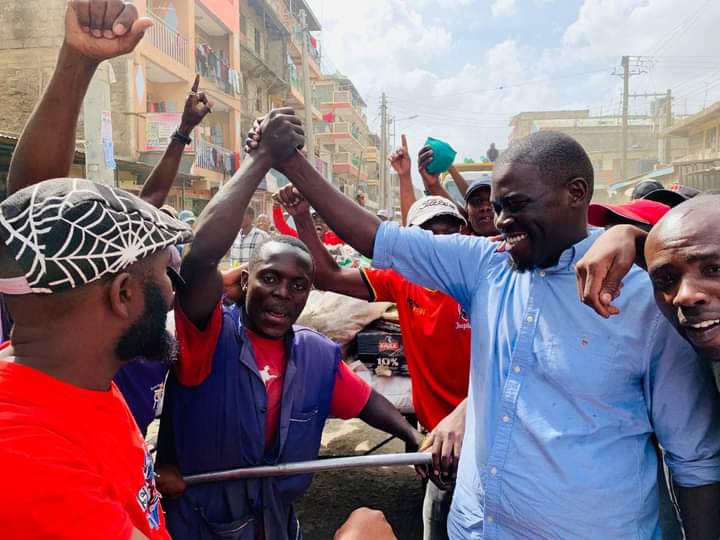 The battle on who will be the fourth governor of Nairobi City County has taken a new twist with reports indicating that Nairobi Governor Ann Kananu is planning to drop her bid in support of Senator Johnson Sakaja who is eying the seat.

According to our sources, Kananu and Sakaja have been holding secret talks over the future of Nairobi and the possibility of her being Sakaja’s Deputy.

She has already been asked to resign from Jubilee and Join UDA in preparation for the same arrangement which has full blessings from Deputy President William Ruto.

It is believed that Kananu fell out with President Uhuru in December last year before the Jamhuri Day celebrations.Her chances of clinching the Jubilee party ticket have remained minimal.

Her efforts to use women leaders to convince the Jubilee party on the need to have her fly the Azimio ticket have been futile.

This could perhaps explain her frustrations and it is expected that she could soon pull a surprise by switching camps.

The battle for the Azimio ticket has been marrowed down to a contest between Richard Ngatia and ODMs Tim Wanyonyi.

This means that Kananu is likely to go down in history as the governor who served the shortest time period.